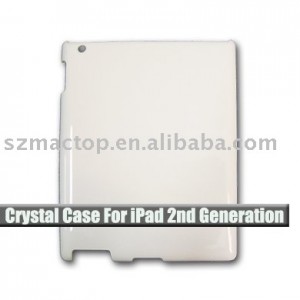 Images have surfaced of what are supposedly cases for the next iPad. The first is being showcased for sale by a Chinese company called Shenzhen MacTop Electronics. Another is from Japanese site Kodawarisan with a caption stating the bottom cutout is for an SD card slot. Naturally, that caption is grabbing headlines, despite being completely illogical.

First, the cutout for the camera should surprise no one. Clearly Apple wants the iPad to have FaceTime, so it’s going to get cameras. The bottom cutout is exactly where the speaker on the current iPad is located. Obviously it’s the speaker cutout, yet one errant comment from a website that doesn’t even claim knowledge of the hardware sends everyone running into wild speculation.

Over at Gizmodo, they reason that the cutout is too big for the speaker, so it must be something else. Okay, fine. Let’s say it’s too big. When you hear hoofsteps in Central Park, you think horses, not zebras. Likewise, when you see a cutout in the speaker location too big for the current speaker size, you think bigger speaker, not something else.

Furthermore, if the cutout is for an SD slot, then where did the speaker go? Look at the original iPad. There’s no space for both the speaker and an SD card slot at the same spot, and no reason to cram them together when there’s open space on the other side. If they moved the speaker, then there’s no reason for the cutout to be that big. An SD card is no thicker and only slightly wider than the plug on an iPad docking cable, so why would its port area span up the back of the device? 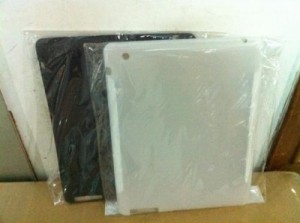 If there was some logical reasoning to back up the idea that there’s an SD card slot in that spot, I could see some merit in this speculation, but there isn’t. It’s based on an errant comment and fleeting hope that the iPad will get an SD card slot instead of relying on an adapter. That’s not to say it won’t have one, but this isn’t the smoking gun that proves it.

Via iLounge and MacRumors