Surface 2 and Surface Pro 2 Return to the Microsoft Store

Microsoft’s Surface 2 and Surface Pro 2 tablets are once again in stock at the company’s online store.

Both versions of Microsoft’s family of tablets returned earlier this week, ending a period that forced potential buyers to constantly check for stock at retail partners like Best Buy and Staples to get their hands on them. 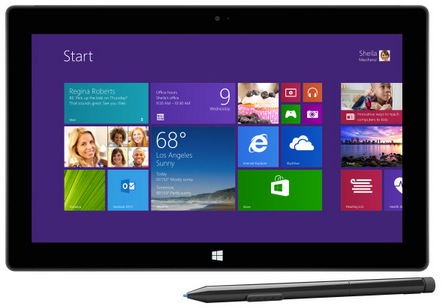 Potential buyers had asked Microsoft to share more information about Surface availability for weeks. Microsoft launched the Surface 2 and Surface Pro 2 in October. At that time stock seemed to remain steady, however units became hard to find soon after and stayed that way throughout the holidays.

Read: Surface 2 and Surface Pro 2: can Anyone Find Them For Sale?

The shortage wasn’t specific to the tablets themselves either. The Surface Touch 2 Cover and Surface Type 2 Cover were also hard to find. In fact, representatives at one Microsoft Store GottaBeMobile spoke with recently mentioned that they were completely out of both covers. As of today both covers have also returned to the Microsoft Store website.

It’s entirely possible that Microsoft moved to severely limit the amount of Surfaces it produced to avoid the massive writes off that it had to take for its first-generation tablets.

Unfortunately, the Surface Dock has yet to return to the Microsoft Store website. Also, the company hasn’t shared any information about the Surface Power Cover and other accessories that it previously said would launch sometime early in the year.