Surface 2 users are reporting that units are now experiencing issues with sound. On the Surface 2 I own I noticed recently sound through the speakers was quieter than what it had been out of the box. Others are reporting that sound doesn’t switch appropriately back to the speakers if they remove headphones after using them awhile. There are also various reports that sound output quality changes significantly when using Apps or websites that stream video.

UPDATE: Microsoft has issued a firmware update that seems to take care of the reduction in volume issue. Read more here.

Regarding the reduction in audio levels Microsoft isn’t acknowledging the issue officially at this point, but  support is offering suggestions that users keep there volume levels at 80% (which doesn’t help if things are already too quiet) and also to use headphones or external speakers if you want more volume.

My hunch is that this problem was caused by a recent slew of firmware updates issued on the last Patch Tuesday. Shortly after that I noticed the issue. An inspection of driver updates reveals two things:

First there is an issue with sound drivers reported. 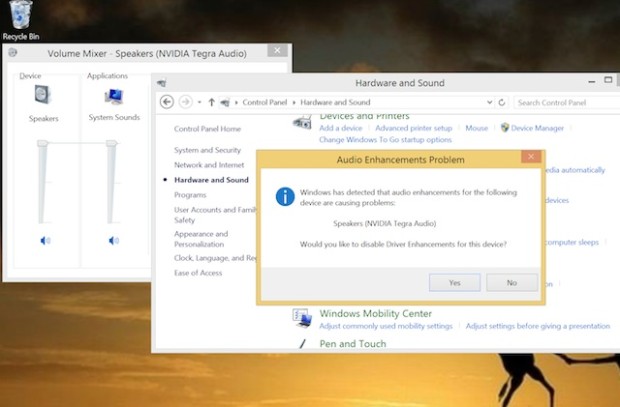 Although if you choose “No” an inspection of driver properties report that all is working fine. When running test sound through the speakers via Control Panel, there seems to be an increase in sound levels, but this doesn’t seem to stick once you’re using the device with real applications. Sound levels are affected on audio playback from video, music, and also the audible key clicks for the Touch Cover

Second the drivers were updated on November 12, the last Patch Tuesday. 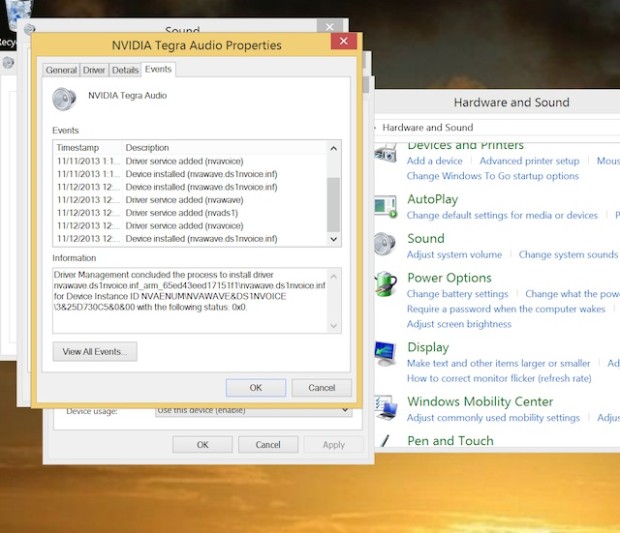 I’ve also noticed that plugging and unplugging headphones and portable speakers causes lots of static and random system hiccups that sometimes necessitate rebooting the machine to get any sound at all. Some users have taken their units back and exchanged them, but the issues still persist on the newer machines.

Hopefully Microsoft will get these Surface 2 sound issues fixed by the time the next Patch Tuesday rolls around.