The Surface 2 with LTE, a slightly updated version of Microsoft’s Surface 2 tablet that includes compatibility with the same wireless data networks that smartphones use, will be available for users to purchase tomorrow online, at Microsoft’s retail stores and at Best Buy.

Microsoft formally announced the Surface 2 with LTE’s availability in a post on its Surface Blog this morning. Apparently, users have been clamoring for a version of the tablet that allows them to stay online even when they aren’t near a Wi-Fi connection. That’s something Apple has already done with its iPad tablets for years. 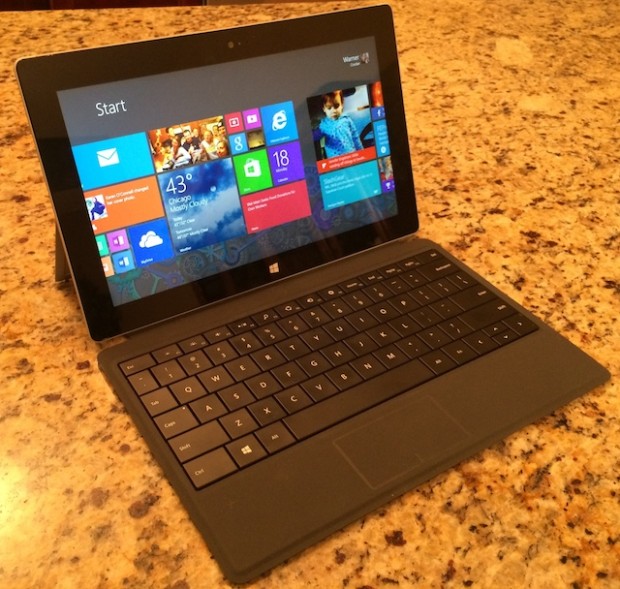 Unfortunately, the added functionality isn’t coming cheap. The Surface 2 with LTE will cost users a whopping $679.99 before taxes. Microsoft isn’t introducing versions for every mobile carrier in the United States either. Instead, users who pick up the tablet will need mobile internet service from AT&T. AT&T’s tablet data plans start at $30 a month.

The rest of the post highlights the features of the Surface 2. The tablet originally debuted last night and includes dozens of upgrades that make it more viable than Microsoft’s original Surface tablet. For starters, the company has improved on the rather awful front and rear-facing cameras of the first Surface. It’s also added more horse power to the tablet so that applications don’t take a lot of time loading. Lastly, it’s slightly thinner than its predecessor and comes in silver instead of black.

Every Surface 2 purchase includes 200GB of OneDrive cloud storage at no additional charge.

Whether the new Surface 2 with LTE will be enough to help the low-end Surface pick-up more sales against Apple’s iPad Air remains to be seen. However, it is clear that Microsoft is dead-set on rivaling Apple’s offerings with competitive prices.