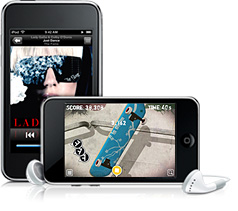 A couple days ago, in a throwaway comment, I pointed out that the iPod touch will most likely get a storage bump in September, putting it closer to the prices of the new Zune HD. I have no insider knowledge on that, but it’s pretty apparent if you follow Apple’s pattern of keeping the iPod touch a step above the iPhone in storage, and increasing specs without raising prices. Didn’t seem like any great prediction to me.

Yet, when John Gruber at Daring Fireball made a similar throwaway claim, people jumped on it like he was spilling state secrets:

I think he got the price wrong on the 16GB (don’t see why it wouldn’t remain at $229, the current price for the 8GB), but that’s fine because this was, I think, a throwaway comment pointing out what we both seemed to think was obvious. 9to5Mac agrees with the obviousness, and Microsoft’s Zune pricing seems to back that up. Even with the bump, the Zune HD pricing should still be $9 lower. Still a better deal, but the point it seems both Gruber and I were trying to make is, don’t get too excited about it being $109 lower. History shows it probably won’t remain true come September.