Microsoft and video game maker Turn 10 is anxious to get their latest driving game in the hands of Xbox One owners ahead of the busy fall gaming season. We already knew that Microsoft planned to launch Forza 6 on the Xbox One this coming September. Now the company has revealed an early Forza 6 demo for the Xbox One weeks before the final version of the game arrives.

Microsoft announced the Forza 6 demo today in a post on its Xbox Wire news site, just as it revealed that Turn 10 Studios had wrapped up the development on the game ahead of release. 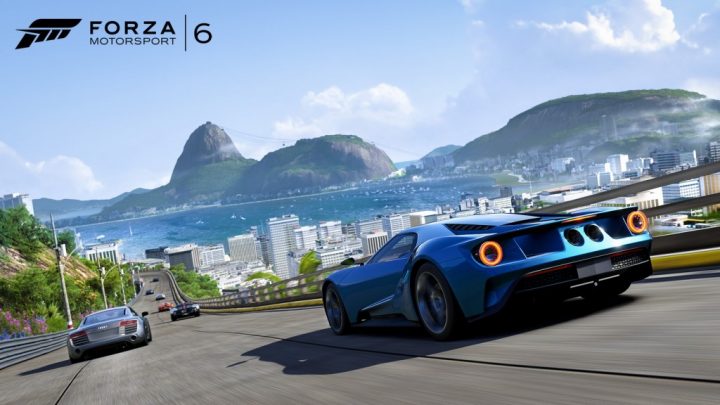 The Forza 6 demo will go live on September 1st for everyone with an Xbox One entertainment console. Absolutely anyone will be able to download the demo to their console and try the new racing game for themselves. Forza 6 has hundreds of new cars, night driving and even a rain driving mode that’s never been seen in the Forza 6 series before.

Getting the demo will be easy, but fans will have to wait until the final version of the game launches before they can get their hands on everything the game has to offer outside of highlights. Microsoft does say that the game’s 460 vehicles will be available in the free Forza 6 demo for Xbox One owners to test. Forza 6 demo players will get to experience the game’s race tracks and new modes in special highlights, according to today’s post.

To entice users to try the Forza 6 demo, Microsoft is promising an in-game download of the Ford GT featured on the cover of Forza 6. This download will be absolutely free of charge and appear in user’s garage.

Those who purchase Forza 6 Ultimate Edition already get access to the game before everyone else does, Microsoft says.

Forza 6 is the next major release for the Xbox One and a major part of its plan to take on Sony’s PS4 video game console this fall and holiday shopping season. It’s built-in Drivatar system learns about users driving habits then offloads their tendencies to a server that lets their profile race against friends, even when they aren’t online. Microsoft also wants Forza 6 to show off the power of the Xbox One. The company is promising that every race will have 1080P high-definition visuals and run at 60 frames per second.

Launching alongside digital and disc based copies of Forza 6 on September 15th for $60 are the Forza 6 VIP Membership for $19.99 and the Forza 6 Car Pass for $29.99. Microsoft also has a custom, Limited Edition Forza Motorsport 6 Xbox One console in blue with it’s own companion controller. GameStop has pre-orders for all of this available on its website right now. The retailer is also giving away a Ten Year Anniversary Car Pack and an exclusive Audi TTS Coupe with pre-orders.