Video game console maker and developer Nintendo is sure it’s Wii U gaming console won’t be left out of Holiday 2015 shopping discussions. This week the company revealed a Star Fox Zero release date for next year and showcased a spectacular Wii U bundle that comes with two of the console’s best games: Splatoon and Super Smash Bros.

Nintendo announced a $279 Wii U bundle and more during a Nintendo Direct video stream earlier this week. The Wii U is technically, Nintendo’s living room competitor to the Xbox One and PS4. Whereas those consoles launched in 2013 with very powerful hardware, the Nintendo Wii U has more modest internals. Instead of focusing on raw horse power, Nintendo opted to focus on its exclusive game franchises, online multiplayer and a touch-centric controller that looks almost like an iPad. Called the Wii U GamePad, it allows users to see their stats and other items when they aren’t looking at their television screen. The Wii U GamePad will let a single user play a game directly from the console too. 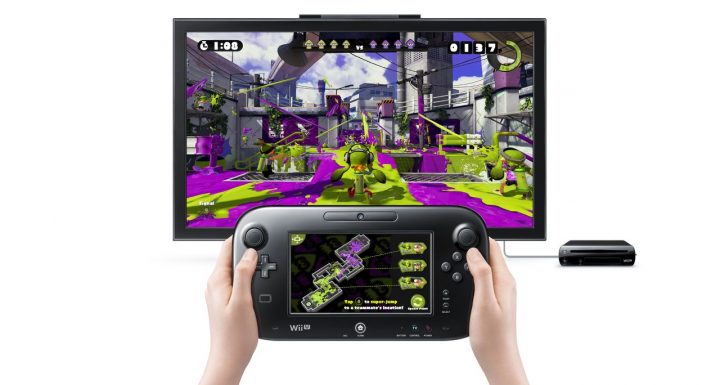 Today, the Wii U sells for $299 and comes with either Mario Kart 8 or SuperMario 3D World + Nintendoland. This new Wii U Deluxe Bundle will come with both Super Smash Bros for Wii U and Splatoon in a single box.

That’s huge as both games were well-received by owners of the console. Splatoon is a multiplayer third-person shooter that forces users to focus on painting entire levels instead of kills. The game is a new direction for Nintendo, which traditionally stayed away from team, multiplayer gaming. Super Smash Bros for Wii is the console’s ultimate fighting game. It’s been around in some form or another since the 1990s. The games come installed on the Wii U’s 32GB hard drive. Presumably, the version of Splatoon that comes installed will include the new content update that Nintendo announced and rolled out last night. The update adds winter clothing and accessories. Another Splatoon update scheduled for today adds the new Museum D’Alfonsino battle area. Cloud Strife from Final Fantasy is coming as an update to Super Smash Bros for Wii U.

This Wii U Bundle is perfect for families looking to pick-up a console this holiday season. Parents don’t have to worry about either game containing gore or violence, Nintendo is very conservative in the way it approaches game development. Splatoon and Super Smash Bros for Wii U both cost $59.99 if purchased on their own.

The Star Fox Zero Release date is April 22, according to Nintendo. Joining it on store shelves next year will be The Legend of Zelda for Wii U. Also coming next year are re-release digital versions of Pokémon Blue, Pokémon Yellow and Pokémon Red. The release will mark that franchise’s 20th anniversary.

Nintendo didn’t announce any major price cuts for the Wii U or the Nintendo 3DS. Without savings, it’s less likely that shoppers would choose it over an Xbox One or PS4 this holiday season. Thankfully, it appears that retailers are delivering some savings on the Wii U of their own.

Target, one of the United State’s largest retailers, says that it’ll slash the price of this new Wii U bundle to just $249.99. That’s on top of the savings that users were already getting because of the included games. Splatoon will be among the action games that retailer Best Buy offers for just $34.99 on Black Friday weekend.

Every Wii U console comes with a power chord for both the included GamePad and console. Also included is a sensor bar for tracking movement of the GamePad. This new bundle comes only in a glossy black.