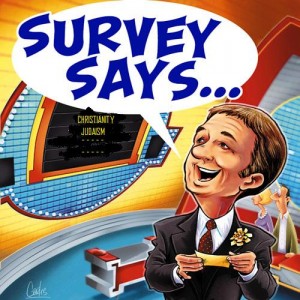 It is becoming a truism in the tech sector that if you can’t find a survey or statistics to back up your theory, just wait a day or so and one will surface. Maybe that’s the case here, maybe not.

For awhile now we’ve been hearing how the iPad has been putting a hurt on PC sales. Well according to marketing firm NPD that’s not really the case. While PC sales may be declining, NPD says that decline is due to other factors. Two key factors according to this survey was the large jump in sales when Windows 7 began to take hold, as well as the explosion of Netbooks. Only 14% of iPad owners say that their purchase was in lieu of purchasing a traditional computer.

NPD: Consumer PC Market May Be Weak But It Isn’t Because of the iPad

PORT WASHINGTON, NEW YORK, MAY 10 2011 – The consumer PC market isn’t floundering because of the iPad, in fact, the rate of cannibalization is actually declining among more recent purchasers, according to leading market research company The NPD Group’s Apple iPad Owner Study II report.

According to the report only 14 percent of early iPad adopters (iPad owners of six months or more) abandoned a PC purchase for an iPad, and that dropped to just 12 percent of iPad owners who purchased over the past holiday season. In fact, cannibalization of netbooks is actually down by 50 percent among more recent iPad buyers, when compared to early adopter buyers.

“The explosion of computer sales when Windows 7 launched, as well as the huge increase in netbook sales at that time, are much more to blame for weak consumer PC sales growth than the iPad,” said Stephen Baker, vice president of industry analysis at NPD. “Overall it appears that the vast majority of iPad purchases to-date have been incremental to the consumer technology industry.”

“The conventional wisdom that says tablet sales are eating into low- priced notebooks is most assuredly incorrect,” continued Baker. “The over $500 Windows consumer notebooks market is where PC sales have been impacted the most, with a 25 percent decline from October 2010 to March 2011.”

It’s more than likely that iPad sales added billions of dollars to the industry’s coffers after years of ASP declines draining the market. According to the report, nearly 75 percent of consumers who bought an iPad for themselves said they had no intentions of buying anything else, making all of those iPad purchases incremental sales volume.

That additional volume has spurred the development of new accessories opportunities that also serve to direct more money into the retail market. Approximately 83 percent of iPad owners have purchased an accessory for their iPad, with cases being the most popular. The sales opportunities are being spread across all manufacturers and retailers, not just Apple. Approximately 50 percent of all cases are non-Apple branded, and according to the report about 50 percent of cases and more than 60 percent of screen protectors were purchased at a different store than where the consumer purchased their iPad.

While consumers looked far and away to find the right product to accessorize their iPad, the expansion of distribution in the fourth quarter for the device itself had little impact on sales shares. Best Buy and Apple sold 3/4 of all devices during the holiday period. Comparatively speaking the carrier stores had much weaker results, accounting for just 3 percent of sales. Clearly, consumers’ indifference to 3G connectivity was a driving factor as sales for the basic $499 WiFi only iPad increased by almost 33 percent during the holiday period to nearly one-in-three sales.

“Consumers just do not see the utility in 3G connectivity,” said Baker. “There’s an added expense for the device and for the service, something a majority of iPad owners aren’t willing to pay. Since most iPads rarely venture away from home the value of a 3G connection is likely to diminish, especially as other tablets enter the market and pricing starts to fall. When every penny counts, features that aren’t core to the user becoming increasingly marginalized as manufacturers fight for every sale.”