The Swiss Army Knife just got a lot more useful. This week Victorinox announced the availability of two new USB flash drives: the Slim and Slim Duo. The Slim is your standard flash drive with a thin profile. However, it folds up into a Swiss Army Knife-esque case, making it twice as cool. The Slim Duo sports two 64GB drives for a total of 128GB in your pocket or on your keychain.

Aside from the cool look, the Slim and Slim Duo have some other sweet features. The USB keys will protect your data with data encryption and password protection. Plus, they’re waterproof. And bouncing around on your keys or in your bag won’t affect the drives at all, thanks to flash memory. 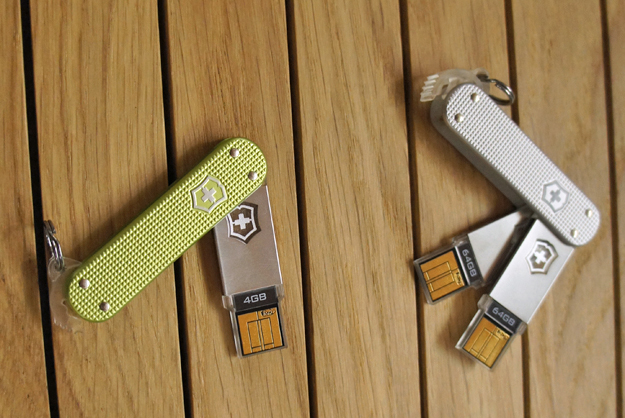 The Slim Duo has the same design and around the same size, but holds two sticks. What will you do with 128GB of space? Back up everything! Or, at least, everything important. The cloud is great and all, but wouldn’t having a backup you can carry be more useful? Well, for $429, let’s hope so.

These two flash drives join Victorinox’s other Swiss Army USB products, including a Swiss Army Knife with a USB in it, the Presentation Master model which has a laser pointer, and the model with a flashlight. These USB keys also have fingerprint security, so your files are safe even if your small knife does not drive away evil doers. 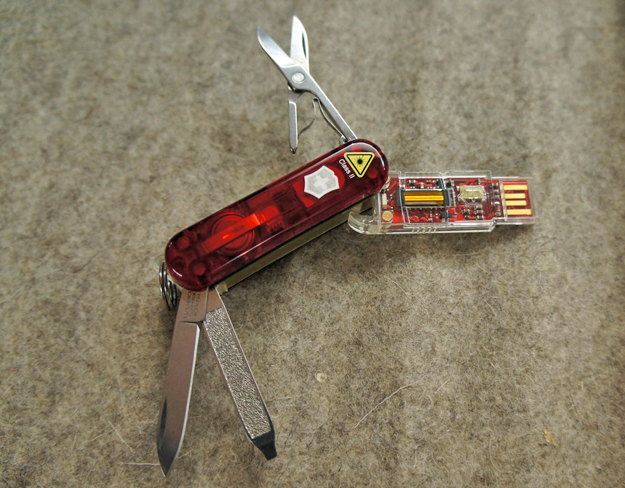 Pick up your favorite on the Swiss Army website, on Amazon, or local electronics retailers. 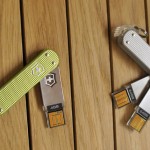 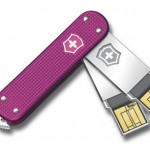 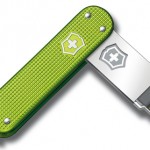 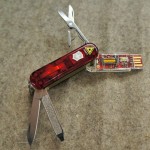