If you’ve been a loyal Windows user but are thinking about making the switch to a Mac, here are some things you should know.

OS X (the operating system that runs on Macs) and Windows are fairly comparable. They’re both operating systems and they both have a desktop user interface with a toolbar and even some wallpaper, but that’s where the basic similarities stop.

When you switch to Mac from Windows, there are a ton of small differences in the way that the two operating systems work. It may seem at first glance that there’s not much difference except for the way everything looks, but dig a little deeper and you’ll quickly be reminded just how much you’re used to Windows’ user interface.

Never fear, though, as OS X is pretty easy to pick up and begin using, but there are just a few things that you’ll want to know about how different features of OS X work. So if you’re considering switching to Mac, here are some things to know about Apple’s own operating system for Macs.

Both Windows and OS X have a set of three small buttons in the upper corners of every window that can close, minimize or maximize the current window. However, these buttons are placed in the upper-left corner of windows on OS X, while they’re in the upper-right corner in Windows. 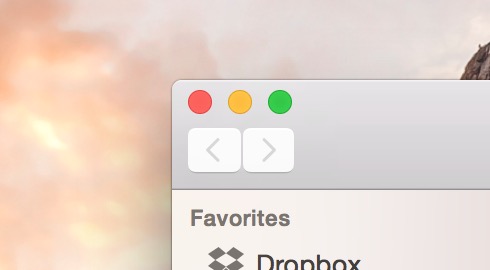 This is probably one of the first differences that you’ll notice when you use OS X for the first time, and it’s really difficult to get used to at first, but eventually it’ll turn around and you’ll soon get annoyed by how Windows has it set up.

Both Windows and Mac have a file explorer, where you can open up folders and create folders in windows, etc. However, it’s a bit different in OS X.

OS X’s version of File Explorer is called Finder, and you can open up a new window by clicking on the smiley face icon down in the dock. With Finder, there’s a sidebar just like in Windows, but it’s set up a bit differently. You also may notice that OS X doesn’t place folders first ahead of individual files, but instead sorts everything by name, no matter if it’s a folder or a file. To combat this I usually place an underscore before the name of the folder to bring to the top.

Something you also might notice right off the bat is that there’s no Start Menu, nor is there no tool bar at the bottom of the screen. Instead, it’s at the top of the screen. 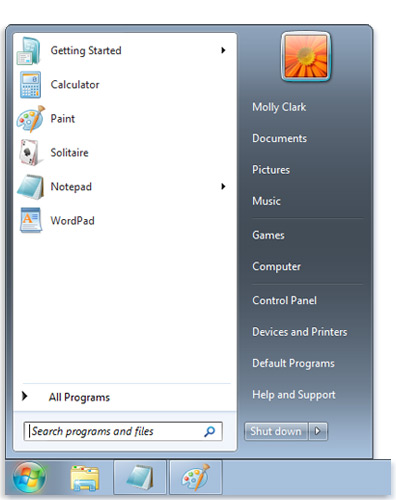 The Start Menu in Windows gives you quick access to all of your applications and other folders, but this is what Launchpad, the dock and some elements in Finder are for. Simply click on the rocket icon in the dock to bring up all of your installed apps.

In Windows, there are keyboard shortcuts that you can take advantage of, like Ctrl+C, Ctrl+V, Ctrl+P and so on. The point is that the Control key is used to initiate these shortcuts in Windows, but in OS X it’s a bit different.

When you install apps in Windows, you’ll either go through the App Store or download an .EXE file off of a website. This works similarly in OS X.

On Macs, there’s the Mac App Store where you can easily download apps, but you can also download apps from third-party sources, but the difference here is that they come in the form of a .DMG file instead of an .EXE.

After it’s installed, you have to eject the disc image from the sidebar in Finder and then you can delete the .DMG file after everything’s installed.

Closing apps in Windows is fairly easy. Click that close button in the top-right corner and the entire app closes (although some apps give you the option to close it to the task bar, which keeps it open). 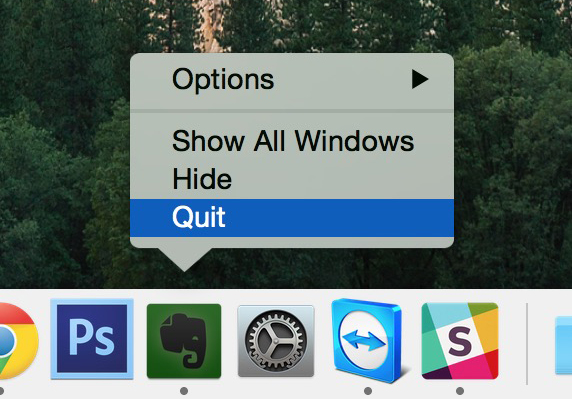 In OS X, almost all apps stay open even when you “close” them. For instance, if you have Evernote opened, and then you go to close it by clicking the close button up in the corner, it will only close that window and won’t close down the whole app. It will remain running in the dock.

In order to completely close an app, you’ll have to either right-click it in the dock and select Quit, or hit Cmd+Q when a window is open.

Whenever an app freezes on you in Windows, you normally resort to the classic Ctrl+Alt+Del. OS X has something similar, but it’s a bit different.

To force-close an app when it’s not responding in OS X, you do a “Force Quit,” and you can this by right-clicking on the app icon in the dock and selecting Force Quit when the app isn’t responding. If there isn’t an option to click that, you can also click the Apple icon in the upper-left corner of the screen and then select Force Quit. From there, click on the app and then click Force Quit.

Unless you build your own Windows PC, most Windows machines bought from a manufacturer come with bloatware, which is the term used to describe pre-installed software that no one really wants.

One thing you’ll notice on Mac computers is that there is no bloatware to be found, but instead you’ll get pre-installed Apple software like iTunes. The negative about this is that you can’t delete pre-installed Mac software, whereas you can delete any unwanted app in Windows.

If you ever wanted a search function in Windows that would search absolutely everything, you’re in luck because that’s what Spotlight Search does in OS X.

Normally an operating system’s search function only searches through files and such, but Spotlight Search on Mac searches everything, including your contacts, calendar events, iMessages, apps, and even web information like movies on IMDb.

The last thing you should know about OS X is that you really don’t have to worry about the app selection. Many of the same apps and programs that you’ve used in Windows are available for OS X as well, including Microsoft Office.

Other popular apps like Evernote, Spotify, Google Chrome, etc. are all available on OS X. Some of which you can download straight from the App Store, but others you’ll have to go to the app’s website to download and install it.