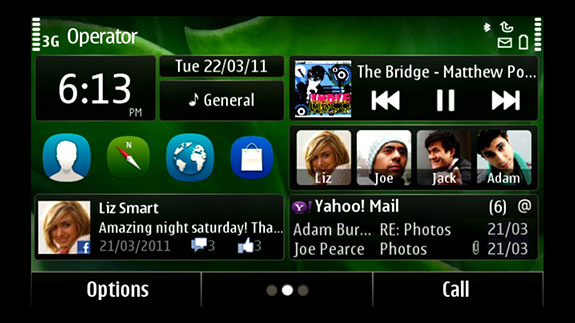 After the Symbian Anna update was captured on the Nokia N8 hardware, a new video has surfaced showing the Nokia E7 business messaging phone, part of the company’s Communicator heritage, running the forthcoming Symbian^3 OS update. The official French language video highlights some new features behind Symbian Anna, which refreshes the Symbian^3 appearance and user experience to make the OS more modern.

Highlights of the update on the video include a full screen calendar app, calendar view with agenda and calendar side-by-side that was present on the older S60 OS but was missing on the Symbian^3 OS, and also new ways to interact with contacts–long pressing on a contract will give options to send a message or call a contact.

Though Symbian has had a historical problem of gaining traction in the U.S. market, hopefully Symbian fans worldwide can whet their appetites for a more modern feeling and looking OS with the video until the release starts rolling out to devices.

Users looking for a more competitive Symbian OS experience can await for the Symbian Belle update, slated to arrive after Symbian Anna. In a leaked screenshot of Symbian Belle, we’re seeing that Nokia is abandoning the soft key navigation buttons on the bottom in favor of a GUI toolbar that’s icon-based.