Though similar in specs to the flagship Galaxy S III on T-Mobile’s network, the Galaxy S Relay 4G will feature a dual-core Snapdragon S3 processor clocked at 1.5 GHz rather than the newer Snapdragon S4 chipset. For business users, the device will also feature Microsoft’s Exchange ActiveSync support as well as a number of approved enterprise-ready apps. 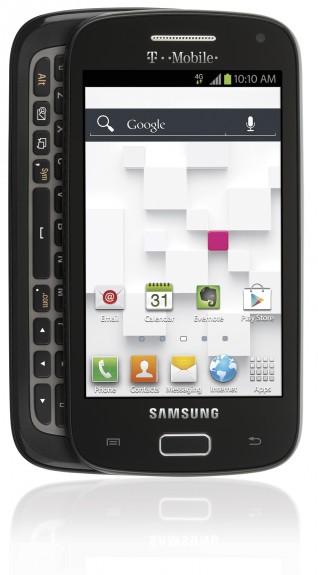 “Consumers are increasingly looking for a powerful device that makes it easy to integrate their busy work and personal lives,” said Andrew Morrison, vice president of product management, T-Mobile USA. “The Galaxy S Relay 4G is the perfect addition to T-Mobile’s popular Galaxy smartphone lineup, providing our customers with a reliable and business-centric Android experience — and the easy access to entertainment for which Galaxy devices are known.”

The phone will have a 4-inch Super AMOLED display and will have feature entertainment eatures such as the Samsung Media Hub, Google Play store, and T-Mobile TV.

The carrier still has not announced pricing for the Galaxy S Relay 4G but says that the device will be coming to stores in the coming weeks.