On its Facebook page today T-Mobile claimed it will cover more than 200 million people with 4G LTE by the end of 2013.

T-Mobile’s 4G LTE network will launch sometime in the next few weeks in Las Vegas with two supported phones: the Samsung Galaxy S3 and Galaxy Note 2. From there T-Mobile will bring its new 4G LTE network to Kansa City, and then more markets across the country to reach its claim of offering the faster network to 200 million people by the end of this year.

T-Mobile has no 4G LTE network, though it does have a “4G” HSPA+ network which is fast in its own right. The network can theoretically reach 42Mbps download speeds, but doesn’t typically go that high. 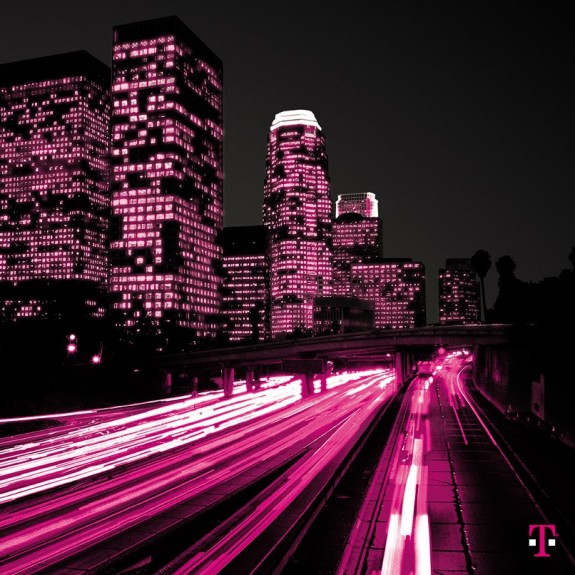 To help the carrier with its 4G LTE rollout T-Mobile will merge with MetroPCS later this year, assuming the FCC and other government organizations don’t block the merger. The two networks won’t necessarily work in unison at first as they use different technologies and frequencies, however.

T-Mobile also announced that it will finally carry the iPhone on its network sometime this year. It’s not clear if the carrier will get the current iPhone 5, or if T-Mobile users will have to wait for the iPhone 5S.

As the new 4G LTE network rolls out T-Mobile will also change the way it handles contracts. This year T-Mobile will switch away from its standard two-year contract plans to what it calls “Value Plans” which are essentially prepaid plans.

With T-Mobile Value Plans users have the option to pay upfront for their new phone, or to pay a down payment roughly equal to the subsidized price and pay the phone off over 20 months. Under the plan a Samsung Galaxy S3 can either have a one-time cost of $599.99 or a down payment of $199.99 plus another $20 for the next 20 months.

Value Plans are also cheaper than most other plans, with price at $69.99 a month for unlimited data, talk, and texts and no contract whatsoever.

In 2013 T-Mobile will make a lot of interesting moves to differentiate it from Sprint, AT&T and Verizon.