In the wake of rumors of an iPhone announcement from T-Mobile comes evidence that, at the very least, the first iPhone 5 accessories will be heading to T-Mobile at some point in the future.

TMoNews has unearthed a shipment notification for T-Mobile that indicates that iPhone 5 accessories are on their way to T-Mobile retail stores, a few months after the iPhone 5 launched in the United States. The accessory listed appears to be a Body Glove iPhone 5 case specifically for the iPhone 5, a device that T-Mobile doesn’t officially carry and may never carry. 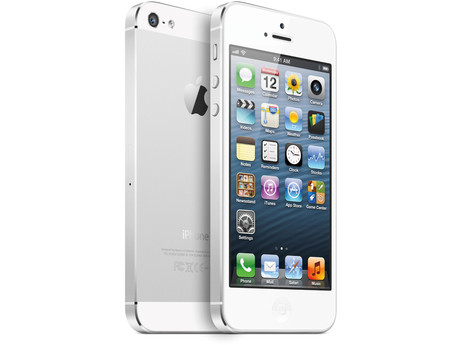 iPhone 5 accessories are arriving at T-Mobile.

Instead, T-Mobile will be offering the accessories to those who have activated their unlocked iPhone 5, be it a Verizon model or the official unlocked version that Apple started selling yesterday, on T-Mobile’s network. T-Mobile supports the iPhone 5 on its HSPA+ network and below making it an attractive option for those looking to snag an iPhone 5 off-contract.

It’s unclear if T-Mobile will be selling any more accessories though we imagine the Body Glove case is likely the tip of the iceberg in terms of accessories that will be available to iPhone 5 users in T-Mobile stores.

T-Mobile apparently has activated nearly 200,000 iPhones in the last 60 days alone, something that, combined with the unlocked iPhone 5’s arrival on the Apple store, may have prompted it to start selling accessories in-house despite the fact that it doesn’t officially carry Apple’s new iPhone.

The news comes on the heels of a rumor from a Merill Lynch analyst who claims that T-Mobile USA may announce the iPhone, officially, for its network as soon as next week. The fact that these cases are arriving shouldn’t throw any weight behind that rumor as again, T-Mobile has carried iPhone accessories in the past.

The iPhone 5 is Apple’s latest iPhone, launched in September of this year. It features a 4-inch Retina display, speedy processor, solid cameras, and Apple’s iOS 6 operating system, its latest for mobile devices.