T-Mobile Jump is a new early upgrade program that lets T-Mobile customers pay a monthly fee to join that allows up to two upgrades a year, rather than the industry standard of one upgrade very two years.

By itself, that’s huge as the need for consumers to upgrade more often has become a fact of life. The question remains though, is T-Mobile JUMP actually a good deal?

As you might have guessed that depends on the kind of smartphone user you are. We’ll take a look at the T-Mobile Jump plan from the point of view of an iPhone 5 owner who plans to upgrade to the rumored iPhone 5S.

Let’s first focus on being enrolled in the program. Only users who have purchased a handset as part of the Equipment Installation Plan will be eligible to join the program. As such, users who wish to pay for the entire $649 for their device in exchange for cheaper service are out of luck. 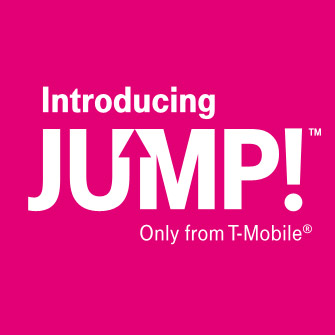 Purchasing an iPhone 5 on T-Mobile costs users $145 down plus monthly payments of $21 on top of their bill for the next 24 months. The user would then be able to join the JUMP program for an extra $10 per month to receive upgrade pricing for new devices twice a year after a one time six month waiting period.

Though T-Mobile’s iPhone 5 includes payments over the next 24 months, JUMP would allow the user to upgrade in six months, without having to pay for the device entirely, by that time they’d have initially run up costs of $331.

That figure includes the first down payment plus six months of device payments and six months of paying for T-Mobile JUMP. That’s about half of what the device would have already cost them had they not joined the JUMP program and just paid for device out-of-pocket or as part of the installment program.

If they decided to trade in their device as part of the JUMP program, they’d be forced to do the same thing over again. Barring a huge change in the pricing structure for a possible iPhone 5S, that’s another $331 for a total of $662 in the first year for just two upgrades.

By comparison, selling the iPhone 4S today in gently used condition would net a user upgrading to the iPhone 5 – or in theory, from an iPhone 5 to an iPhone 5S, $205 from Gazelle. If they chose to just save the extra $10 each month for a year they’d have $305 to put toward the down payment, and monthly payments of that fictitious iPhone 5S.

That’s $662 for two high-end smartphone upgrades in one year plus the added piece of mind of knowing that the device has been covered by a protection plan (which now costs between $8 and $12), and that they’ll be able to get Apple’s latest and greatest without fear of having their device be obsolete.

Is T-Mobile Jump Worth It

However, users who don’t plan to upgrade their devices often, might not find the program to be particularly worth it. Paying an extra $10 plus six monthly payments and a down payment that could be as high as $140 is pretty steep.