T-Mobile is capitalizing on AT&T’s new policy allowing users to unlock off-contract or older iPhone models. While T-Mobile USA, the second largest GSM carrier in the U.S. following AT&T, had been welcoming of iPhone users who may be unhappy with AT&T’s service, the carrier is now highlighting cost as another reason why customers may want to bring their devices to its network and leave AT&T.

In a statement to 9to5 Mac, T-Mobile USA says: 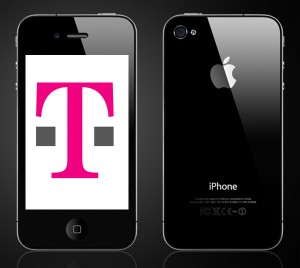 Today we have more than one million unlocked iPhones running on our network. T-Mobile currently offers microSIMs for customers who already have a GSM phone they want to use on the T-Mobile network, including an iPhone. In order to set up an unlocked iPhone on T-Mobile’s network, customers simply need to purchase a microSIM card and select a T-Mobile Value plan that suits their needs.

T-Mobile’s Value plans enable customers who bring their own smartphone, such as the iPhone, to save money. For example, T-Mobile’s Value family plan with unlimited talk, unlimited text and unlimited data with 2 GB of high-speed data is just $49.99 per line for two lines.

In addition, we will continue to deliver more value to customers as we expand and modernize our 4G network. Beginning this year, we will introduce HSPA+ service in our 1900 MHz PCS spectrum. When we do, our 4G network will be compatible with a broader range of devices, including the iPhone.

T-Mobile remains the only carrier out of the four major national carriers in the U.S. (AT&T, Verizon, Sprint) to not offer an iPhone for its network. Since Verizon and Sprint have debuted CDMA versions of the iPhone, other regional carriers have followed suit and is now offering iPhone models to their customers. In the past, T-Mobile had highlighted that subscriber losses may be a result of not having the iPhone.

Additionally, while T-Mobile does offer unlimited data, the carrier’s plans call for throttling after a user has reached their threshold. Users pay for a certain amount of high speed 4G HSPA+ data on their accounts every month, and beyond that, they will be throttled but won’t be charged overages.

It’s also reported that select T-Mobile USA customers on the East Coast have noticed that the iPhone works on T-Mobile’s 4G HSPA+/3G network now. In the past, unlocked AT&T 3G phones, including the iPhone, would only work on T-Mobile’s 2G EDGE network, which is much slower. It appears that T-Mobile is now turning on the spectrum used by the iPhone in select regions to make it operable on 3G on its network, providing added value to users.