T-Mobile: Our LTE Will Be Better Than Yours

T-Mobile USA, the only national carrier out of the big four to not have a 4G LTE network, is boasting that once it deploys LTE on its network, the experience for customers will be far better than the LTE networks supported by rivals AT&T Mobility, Sprint Nextel, and Verizon Wireless. Both AT&T and Verizon Wireless boast LTE speeds that are up to ten times faster than 3G speeds, and AT&T says that its LTE network is 3 to 4 times faster than its 4G HSPA+ network. Without an LTE network so far, T-Mobile is heavily promoting its 4G HSPA+ network, which can deliver a theoretical maximum download speed of 42 Mbps, though real life performance is far short of 42 Mbps. 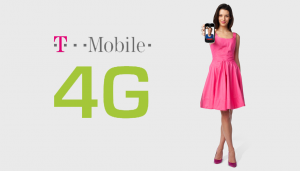 “LTE today is good, but LTE tomorrow can be great,” T-Mobile said. “That’s the opportunity we hope to secure and differentiate ourselves with.”

The company’s Chief Technology Officer (CTO) Neville Ray told CNET that the carrier will be able to achieve better performance for its LTE network thanks to spectrum acquired from the recent merger with regional carrier MetroPCS.

T-Mobile will use the added spectrum to deliver faster speeds, increase capacity for more traffic as it hopes to attract more users to its network, and better overall service.

This is a different tune that T-Mobile is singing as just last year, the company was telling regulators that it needed to be absorbed by larger rival AT&T Mobility as it did not have enough spectrum to deploy a fast 4G LTE network. However, as the acquisition fell through because of strong opposition, T-Mobile was given a separation package from AT&T which includes spectrum and cash.

The carrier hopes to have its 4G LTE network up in 2013 and. The best part about the CNET report is that T-Mobile will be using compatible spectrum as rivals Verizon and AT&T, which could potentially allow unlocked smartphones from both carriers to operate under the T-Mobile-MetroPCS conglomerate.

He added that T-Mobile’s planned network deployment uses compatible bands of spectrum as AT&T and Verizon, allowing for even more phones to be moved over to T-Mobile over time.

With MetroPCS and T-Mobile offering some of the most affordable wireless rates, data plans, and smartphone packages in the industry, the move to allow customers to bring their own existing devices from AT&T and Verizon to T-Mobile may allow the nation’s fourth largest carrier to attract switchers to its network, especially given that T-Mobile is the lone carrier out of the big four to not offer the iPhone on its network. Additionally, faster 4G LTE speeds may be attractive to switchers.

And T-Mobile has not been shy about attracting iPhone switchers. It has plenty of SIM, micro SIM and nano SIM cards to attract AT&T iPhone customers who want to use its network through a bring-your-own-device program. Moreover, with the separation package, T-Mobile had acquired some iPhone-compatible 3G spectrum from AT&T which would allow T-Mobile USA to offer iPhone switchers to its network 3G data speeds in select markets, something that it was not able to do before. Previously, iPhone users on T-Mobile were limited to 2G EDGE speeds, which meant slower data speeds and no simultaneous voice and data calls.

However, T-Mobile isn’t the only carrier to boast about faster speeds. Rival Sprint, which thus far has been modest about its data speeds saying that it wants to offer a good experience for customers rather than just the overall fast number, may be eyeing newer LTE technology. As Sprint is a major supporter of and a buyer of wholesale LTE spectrum from partner Clearwire, it may be the beneficiary to Clearwire’s LTE Advanced build-out, which promises speeds up to 1 Gbps! Verizon Wireless is also exploring LTE Advanced deployment in 2013.

That said, with different definitions and speeds of 4G, consumers are generally confused as to what 4G means so T-Mobile will have to step up its marketing campaign if it wants to differentiate its network.