November 2nd may be a big launch day for T-Mobile USA. The fourth largest U.S. carrier being the sole carrier of the big four to go without an iPhone may be making up for lost iOS love with a launch of six new devices. It’s unclear which devices the carrier will launch or if all those devices will be smartphones, but a leaked screenshot obtained by TmoNews shows that T-Mobile USA is preparing retail employees for a massive launch. 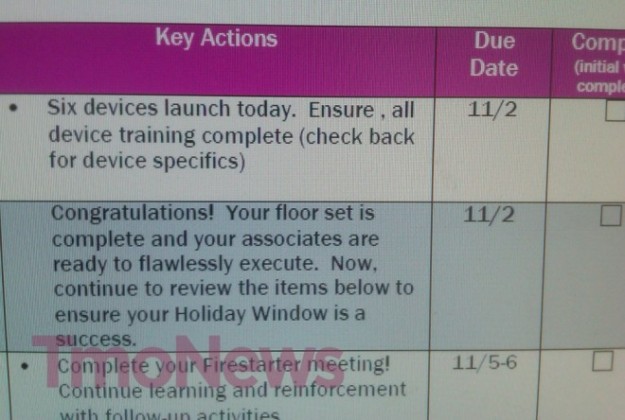 With launch dates already announced for the Samsung Galaxy Tab 10.1 4G HSPA+ tablet and the Sonic mobile hotspot, those devices can be taken out of the launch arsenal for November 2nd. Possibilities for the November launch include the HTC Radar 4G, the Huawei tablet, and the 7-inch Galaxy Tab Plus.