The Sony Xperia Z will come to T-Mobile later this month, giving T-Mobile users a smartphone option that can withstand the elements.

The T-Mobile Sony Xperia Z is monolithic, it looks like a smooth black rectangle. It almost looked generic, but in a good way. The phone has a black glass back that makes it feel like a premium device, even if T-Mobile only asks for a $49.99 down payment for the phone. 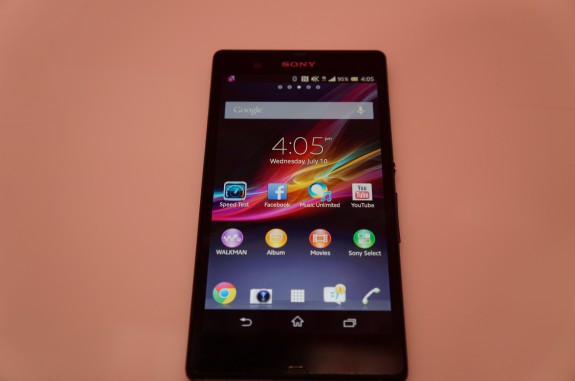 The phone is quite large, however, making it somewhat difficult to hold in one hand. Thankfully, Sony realized put the power button midway down the right side of the phone so it’s simple to turn on or off with just a thumb. It is hard to reach the top of the 5-inch 1080p screen with just one thumb, however.

After just a few minutes with the Xperia Z the screen seemed adequate, but nowhere near as good as the display of the HTC One or even the Samsung Galaxy S4. The viewing angles on the phone are pretty small, colors will look washed out when looking at the screen from an angle.

T-Mobile was happy to show off its 4G LTE network using the phone. The Xperia Z was able to pull down speeds of 60Mbps over the network, which is faster than most people have at home. That was in a controlled environment, however. Real world usage will vary. In New York City, for example, speeds can vary dramatically from block to block. 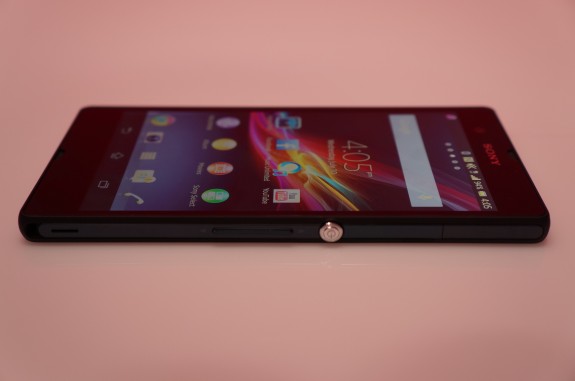 The Sony Xperia Z felt almost as fast as the Samsung Galaxy S4 or HTC One, though with just a few minutes its admittedly hard to tell. Sony’s flagship uses an older ship set than those other phones, so it will likely lag behind those phones, especially when it comes to more intense use case scenarios. Games, for example, will likely run a bit slower or not look quite as good.

The trade-off for the Xperia Z is the phone’s water-resistant design. The phone has flaps that cover every available port, including the headphone jack and miniUSB port. The flaps seem sturdy enough to last a while, ensuring that no water can damage the phone.

The Sony Xperia Z makes a good first impression, though when put next to other Android phones it may not look as great. 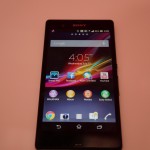 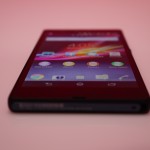 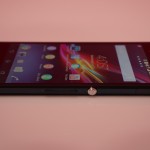 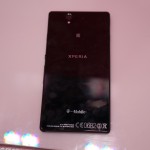 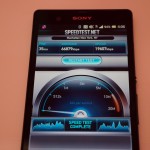 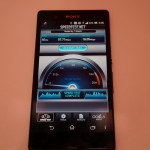 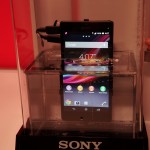