The Sony Xperia Z is almost certainly heading to T-Mobile as the waterproof smartphone passed through the FCC complete with LTE radios which will let the smartphone work on T-Mobile’s small 4G LTE network.

In early April an alleged photo showed a T-Mobile Sony Xperia Z, complete with T-Mobile branding on the back and this new evidence suggests T-Mobile and Sony are making moves for a U.S. Sony Xperia Z release.

Sony first announced the Xperia Z at CES 2013 where Gotta Be Mobile awarded it the Best Smartphone of CES thanks to the 1080P HD display, waterproof features and nearly vanilla version of Android. 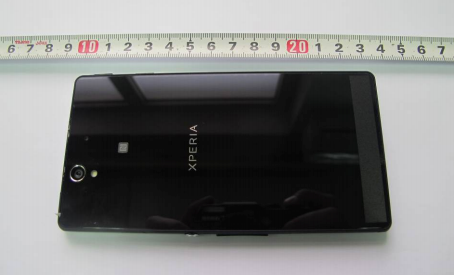 The T-Mobile Sony Xperia Z passes through the FCC.

Now Engadget reports that the T-Mobile Xperia Z passed through the FCC with support for LTE bands that the UNCarrier’s 4G LTE network uses.

The FCC filing shows that the Sony Xperia Z supports AWS LTE, or band 4, which means users who wait for this version won’t need to pass on LTE, like those who are tempted to get an unlocked Sony Xperia Z from Best Buy.

The Sony Xperia z shown in photos lacks the T-Mobile branding on the back of the device, which we saw in the leaked photo, but it is marked prototype which explains the missing logo. The filing includes T-Mobile support documents and a T-Mobile Sony Xperia Z startup guide. Based on these documents the T-Mobile Xperia Z will carry the C6606 model number. 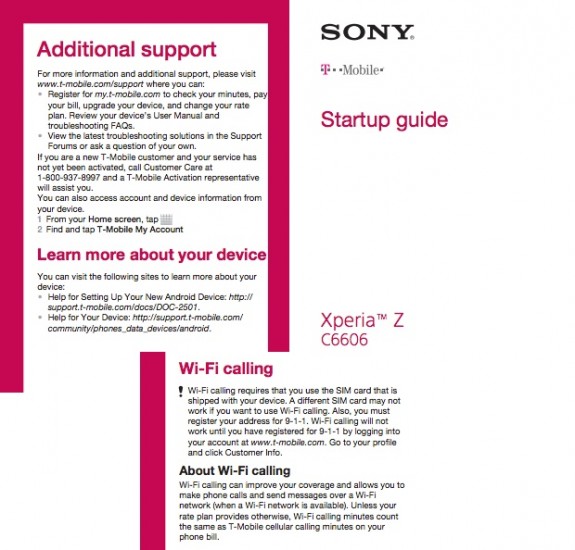 Additionally the document refers to WiFi calling, which allows T-Mobile users to seamlessly make calls over WiFi. While these calls use the T-Mobile minutes on a plan, even thought it is over WiFi, it is a welcome feature for users who want a Sony Xperia Z in the U.S. but live in areas with poor T-Mobile coverage.

The model number matches up with the photo we think was taken with the T-Mobile Sony Xperia Z, adding to the speculation that we will soon see an announcement from Sony and or T-Mobile.