After Sprint had announced the HTC EVO 4G and the use of 4G WiMax technology, T-Mobile USA was scrambling and heavily marketed its next-generation HSPA+ network as 4G–which some in the industry refer to as ‘faux’ G. Since then, T-Mobile had made numerous upgrades to its HSPA+ network since then, promising faster mobile broadband speeds with each successive network upgrade. The network now tops out at 42 Mbps and just last month at the Consumer Electronics Show, T-Mobile USA had announced that it would be upgrading that technology to 84 Mbps, double the theoretical max that it is offering today. 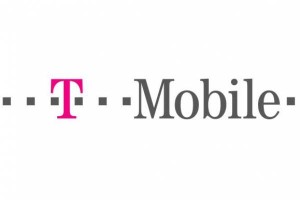 However, it appears that T-Mobile is reversing its decision. As the lone carrier out of the big four networks in the U.S. to not have an LTE network in place, T-Mobile has now decided that it will instead be using the money earmarked for its 84 Mbps network upgrade to migrate to 4G LTE technology.

According to T-Mobile, the carrier will be re-purposing some of the 2G capacity for LTE network upgrades, and in order to do that, it will be moving customers from 2G to 3G. The carrier will no longer be selling devices that don’t support 3G, and in this way, many people won’t notice that 2G capacity will be reduced.

The move to abandon its 84 Mbps upgrade strategy at this point may be smart as the 42 Mbps HSPA+ still has room for growth and LTE may help T-Mobile USA better compete with Verizon, AT&T, and Sprint. So far, Verizon has the most robust LTE buildout of all three carriers, and Sprint is beginning to deploy LTE and devices for its network. However, given that AT&T and T-Mobile both operate HSPA+, the benefit of LTE on both these networks is that if LTE is not available, HSPA+ will deliver fast enough speeds to get customers through the day.