America’s fourth largest carrier, T-Mobile USA, may not be in on the iPhone or the iPhone 5 when that device launches, but that isn’t stopping T-Mobile from pursuing a strategy asking switchers and customers to bring their unlocked iPhones to the 4G HSPA+ network. According to the latest report, T-Mobile may be using unlocked iPhones at its retail stores to showcase the potential of its HSPA+ network technology when paired with Apple’s smartphones.

In the past, as T-Mobile operates its 3G/4G HSPA/HSPA+ network on different frequencies than does AT&T, any unlocked AT&T smartphone, including the iPhone, would not benefit from fast network speeds on T-Mobile and would therefore be capped to 2.5G EDGE speeds, which is akin to dial-up speeds for home users. However, due to recent spectrum re-farming, T-Mobile is starting to open up compatible AT&T 3G/4G spectrum on its network so now, in certain areas, unlocked AT&T iPhones could benefit from 3G or 4G HSPA+ network speeds. 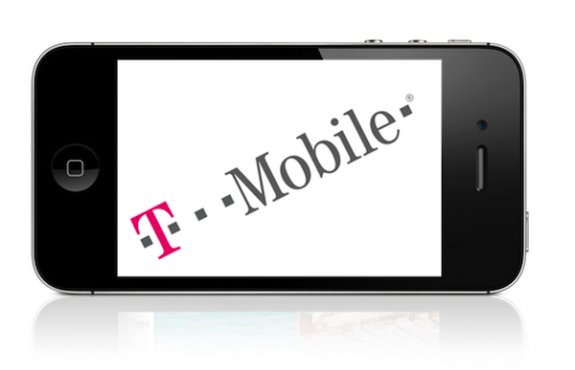 This strategy will be highlighted, according to TmoNews sources, who say that the carrier will showcase unlocked iPhones on its 3G/4G network. According to the publication, store managers are asked to activate a new microSIM before the end of August, but those managers were not told for which device the microSIM would be slotted into.

It’s unclear if these reports are true, how widespread T-Mobile will be launching this plan of attack.

The new iPhone 5 is rumored to support LTE speeds. If that is true, T-Mobile customers who buy an unlocked iPhone 5 and bring it to the network would still not benefit from LTE network connectivity and would have to rely on HSPA+, which we’ve found to be plenty fast. The carrier has committed to LTE deployment in 2013.