Following the failed sail of T-Mobile USA to AT&T last year, T-Mobile’s parent Deutsche Telekom AG revealed that the company is now open to a merger of its U.S. operations to another company rather than a complete sale. As T-Mobile is the fourth largest national carrier in the U.S., any sale of the company would face increased regulatory scrutiny and that was the reason why AT&T had decided to walk away from the deal as consumers, industry members, and regulators were not happy. 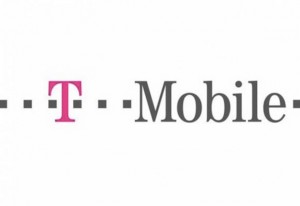 In an interview with Bloomberg, Deutsche Telekom head Rene Obermann says, “We do not exclude any option for the T-Mobile unit in the U.S., also not a merger. A complete sale is unlikely. You understand that I can’t say more in public on T- Mobile USA.”

T-Mobile USA has recently been struggling to stay competitive and it remains the only national carrier to not offer the iPhone for its network. The carrier lost over 500,000 post-paid subscribers last quarter and blames the lack of an iPhone on its network as reason for customer defection despite offering affordable voice and data plans to customers.

Also, although the carrier has committed to LTE for its future 4G network, T-Mobile USA is one without an LTE network or an imminent rollout of the four largest carriers in the U.S.–Verizon and AT&T are continuously building out their LTE footprints and Sprint’s network is expected to go live in select cities mid-year.

There has also been chatter that T-Mobile USA may merge with regional carrier MetroPCS. The combined entity would serve just over 10 percent of the U.S. population should that happen.