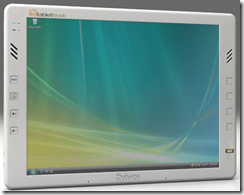 Many of our readers are looking to get in to a tablet pc for the very first time. As one might expect, the terrain can be a little difficult to navigate. Tablet PC 101 will be a periodic primer series focused on the basics of Tablet PCs. While this is just a primer series, I’d encourage all readers to dig in to our forums for more in depth information on tablet pcs.

There are two basic types of Tablet PCs: convertibles and slates. Convertible Tablet PCs are full computers and look just like a notebook pc, only the screen swivels around so it can also be operated in ““slateÃ¢â‚¬Â mode. Slate Tablet PCs are also full computers, but they typically lack a notebook style keyboard, with some even offering a slide-up or built-in keyboard to the face of the screen.  Both convertibles and slates can be operated by a digitizer pen, a finger, a keyboard, or a portable keyboard. Input using the pen is done by handwriting a note, writing in to a input window which then converts your handwriting to text, or is pecked out using an onscreen keyboard. Input can also be accomplished by using the keyboard or speech recognition.

Let’s dig in a little deeper to slate Tablet PCs:

Slate Tablet PCs come in various sizes, ranging from 5Ã¢â‚¬Â to 12.1Ã¢â‚¬Â, with most of them being in the 12.1Ã¢â‚¬Â size range. The digitizer is normally either active ( works only with a pen ) or is dual mode (switches between active and touch). Most slate tablet pcs also have docking stations, so they can be used with a full keyboard, mouse, and monitor while deskbound or needing to dock in a vehicle. There are a range of non-rugged, semi-rugged, and rugged slate tablet pcs. Though not always the case, slate tablet pcs are often lighter than their convertible cousins. Slate Tablet PCs also lack a built-in cd drive, relying instead on a portable drive. However, slates, like Motion Computing’s F5, are now including rear-facing web cams to capture pictures like a traditional camera would. 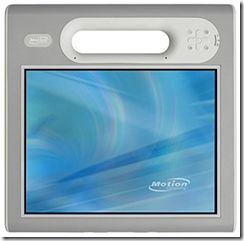 People interested in slate tablet pcs will typically fit one or more of the following scenarios:

Checkout some of the following companies and their line of slate Tablet PCs: 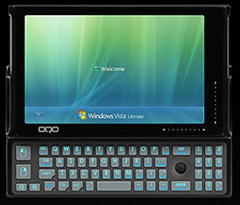 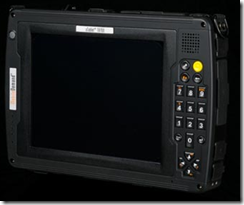 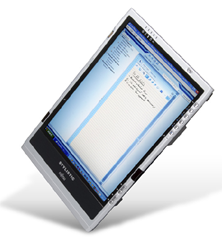