Today I was trying to catch up on current events (outside of tech) and surfed over to CNN.com. To my surprise there was a headline that read “Three innovations that changed America” on top of photos of a highway, some TVs and a Tablet PC. 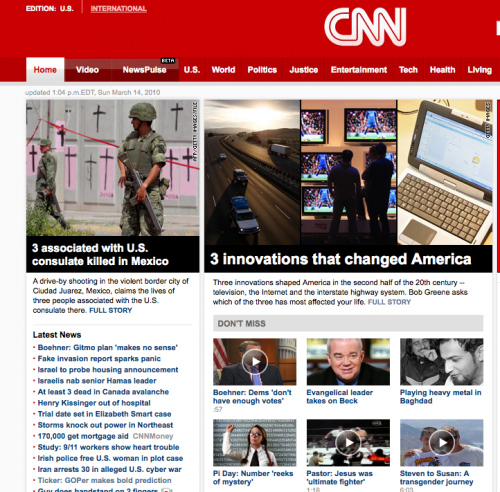 I got really excited that CNN was going to say something about how innovative Tablet PCs were, but when I clicked through to the article I saw the list of innovations:

1. The building of the interstate highway system.
2. The blanketing of the United States with coast-to-coast television.
3. The introduction and spread of the Internet.

That’s right, a Tablet PC is just a stand-in that is supposed to represent the Internet. I guess the lowly Tablet PC has a long way to go…