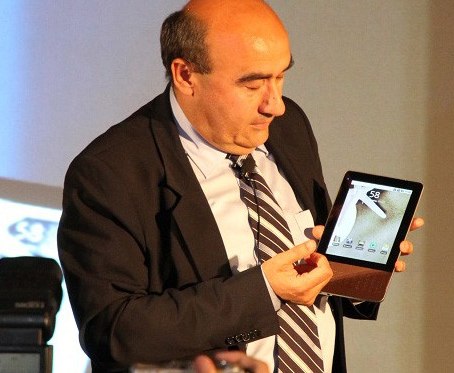 Acer had declared that they weren’t focusing on the Tablet/Slate craze. Well, that apparently didn’t last. Acer CEO Gianfranco Lanci was recently seen showing off a 7″ Android Tablet in Beijing. From the picture, I’d have to agree with Engadget that it looks like it follows the Amazon Kindle form factor of having a screen with a keyboard underneath it. Lanci was talking carriers as sales outlets, so 3G is probably included. Only word on when is 4th quarter of this year. But then there are so many Tablet/Slates supposedly headed our way towards the end of this year, that it is tough to keep up.