Tablets must Find a Niche to Call Their Own 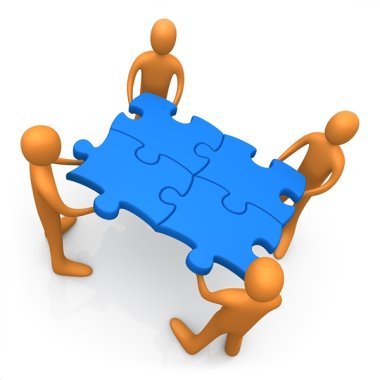 There are a lot of reports bouncing around the Internet about projected tablet sales, how tablet devices will be the next laptop device or how Apple will remain the market leader for years to come. There are a lot of people out there trying to figure out just where we’ll be headed. That’s the best part though – no one really knows. This is uncharted territory as we go headlong into a new era of portable technology that very well could supplant a lot of the current portable PC market.

But, not everyone can succeed. It doesn’t matter if the tablet market actually hits 242 million by 2015 as Display Search of NPD Group estimates. Only so many manufacturers will be successful. Some very good devices might fail simply because of overcrowding on the marketplace. Which brings me to my thought for the day – how important is it for a new device on today’s market to find a niche?

Right now there are only a handful of real solid devices out there. Apple’s iPad leads the pack followed by the Galaxy Tab, the Dell Streak 7, some solid Windows 7 devices and a handful of newcomers. The only company really knocking it out of the park in sales right now is Apple.

So, what will we see in 2011? I have no idea. Likely there will be quite a few companies that produce successful devices. The Motorola Xoom looks great, but if the price stays where it is at USD $799 there is a very limited audience. The TouchPad looks better every day. The LG Slate may also be a solid device when completed. Having mentioned price it’s probably a good time to clarify my views, i.e. Aplpe has created a price expectation which will be VERY HARD to match by other vendors. The sheer volume of hardware they move will often ensure their price-break on components is lowest, and therefore their devices most profitable. While everyone bashed the Xoom price I’m pretty confident that if Motorola could have released it at a lower cost they would have. The reality is ver different, and businesses need to turn a profit to survive. As a second, third and fifth manufacturer releases pricing this year, and they too are not as cheap as Apple, we may see Apple’s economies of scale become yet another one of their strengths, and help highlight an obvious weakness amongst everyone else. The same can be said for any of this year’s big contenders. As Tony Bradley points out on PC World today, it doesn’t matter what a tablet does. If it cannot compete with Apple’s price point, it will not be as successful as the iPad.

But, what about device manufacturers that find niches in the industry and target them alone. Lots of companies have done it to great success in the past. Apple focused on their Mac OS and iPod lineup for years. RIM produces fantastic business smart phones that are still among the most used on the planet. Lots of companies find a niche that works and make a lot of money in it.

The same might end up being said about some tablet manufacturers. The Playbook will surely target the enterprise crowd while devices like the Xoom will target gadgetophiles who want power under the hood. But, can devices succeed if they aim for different niches? What about education? Or medical devices? What about different formats for the tablet like convertibles, which we saw quite few of at CES? Or 3D technology, such as the rumoured 3D tab being produced by LG. Until now, I’ve said that the key to most of these niches is the ecosystem they plug into (software and apps), but will device manufacturers find success in targeting a smaller niche with their device directly? I think the answer is yes! The reality is that while the big end of town spends money on large marketing campaigns and retails shopfronts around the globe, it may actually be a home automation, or dedicated teleconfrencing tablet which takes everyone, and millions of devices, by surprise.

Right now, I’m not willing to count anyone out. No one could have guessed that Apple would sell more than 14 million iPads in 2010. It was a smash success and in 2011 I absolutely expect to see the ante upped by many of these companies. For those waiting on the fabled iPad killer, it may never come, but there could easily be a slew of fantastic alternatives in various niches, depending on how you use your mobile devices.