T-Mobile had announced its UNcarrier plans at a media event in New York City yesterday morning, separating a customer’s network access contract-free subscription for voice and data access from monthly installment plans to purchase their smartphones or tablets without the need for contracts or subsidies. Essentially, this translates to a customer having two separate portions on their bills–voice and data network access, and equipment interest-free financing. This makes sense and allows smartphone subscribers flexibility in taking their business wherever they want without penalty, but T-Mobile’s new UNcarrier era may be most beneficial to tablet owners. 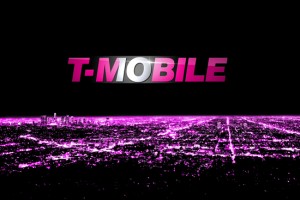 With tablets still being devices that are primarily used indoors–at home or at an office space–users may not always need 4G LTE or mobile broadband access all the time. Like other carriers, if you pay full price for your tablet hardware, you can start or stop your service at any time without penalty. This is no different on T-Mobile, and this allows you to add mobile broadband to your slate for the months you will actively use it, like when you’re vacationing, traveling, or know you’ll often be in areas without WiFi or home broadband service. This saves customers money, and gives them flexibility on deciding when to pay for that service and when to stop that service for the months that they don’t need it.

Financing Is the Differentiating Factor

Many of the largest carriers in the U.S. have stopped subsidizing tablets. That means, you’ll have to pay full price for the tablet anyways, regardless if you sign a contract or not. T-Mobile comes out ahead in this regard as it offers financing for the tablet so that you don’t have to pay for the entire cost of a tablet up-front. Make a deposit, and pay over a 20-month period in what the carrier calls its Equipment Installment Plan.

Users will see two separate sections on their bill. The first is the data and/or voice plan, which is what we see today on our bills. Then, there is a second section of the monthly bill that details the interest-free financing payments that users must make every month if they choose too finance their devices. This customers to buy a tablet and not have to pay for the full value of the tablet when they make the purchase.

Separation of Church and State

By allowing customers to separate the data plan from the Equipment Installment Plan, T-Mobile is allowing great flexibility to customers and making even high-end tablets even more accessible to consumers. A T-Mobile representative had confirmed to GottaBeMobile that with with the UNcarrier initiative, users can temporarily suspend their data service on the tablets for the months that they may not need access to mobile broadband data. However, during those months, they would still be liable for making payments towards the Equipment Installment Plan and any additional services they may have on their device, like hardware insurance.

This would be beneficial to high-end tablets, like Apple’s iPad, which T-Mobile so far has not announced but may very likely be carrying for its network in the future. Hypothetically, let’s take the case of the iPad with Retina Display, and assume that both T-Mobile and AT&T offer the device.

On AT&T’s side, I’d have to pay $630 plus taxes at the moment of purchase. On T-Mobile’s side, I can put a deposit and finance the tablet over 20 months. Let’s use the same $100 deposit case for the iPhone 5. Over twenty months, I would have to pay $26.50 in interest-free payments.

Getting the 4G version of the iPad is beneficial in that at checkout, I’d have to pay $100 versus the $630 on AT&T up front. Additionally, 4G offers features like GPS that the WiFi-only model does not have.

And I can still partake in the financing/layaway plan even if I don’t have continuous data service with T-Mobile for my tablet. ” If you decided to suspend your service for one month, you would still need to pay the EIP payment for that month,” a T-Mobile spokesperson confirmed.

So for months that I use T-Mobile’s LTE network, I’d pay $26.50 plus whatever data charge or plan I sign up for, and optional hardware insurance in case the tablet gets lost, damaged, or stolen. On the months that I am a WiFi-only user with my 4G iPad, I can stop T-Mobile’s service temporarily and pay $26.50 and any optional insurance.

You’re Still Paying the Same at the End

At the end of the day, you’re still paying the same price over time on T-Mobile for your tablet as you would on AT&T, Sprint, or Verizon. The difference here is that if you don’t have $630 laying around for Apple’s current 16 GB 4G iPad, you can still join the tablet party for just $100 up-front and $26.50 in monthly payments.

For smartphones, you do get a bit more value, but the flexibility for tablet users could help spur tablet adoption further as even the priciest tablet becomes more affordable.

And finance professionals may also want to do more advanced calculations with present and future value of money. With these calculations, paying for your tablet with interest-free payments over time will mean that the iPad is cheaper on T-Mobile than on any rival carrier even if the final dollar amount appears to be the same; I’m not going to do these calculations for the sake of simplicity.

And perhaps, this benefit may mean that the iPad 5 and the iPad mini 2 will also be headed to T-Mobile this fall when Apple is anticipated to announce both slates.