Apple’s iPhone 5c and iPhone 5s phones are only days way from shipping in the United States and a few other international territories, but that isn’t stopping users from wanting to learn everything they can about the device ahead of its début. That includes what to expect in terms of packing and included accessories. Thanks to photo and video leaks, now perspective iPhone 5c and iPhone 5s buyers can take a peek at what is inside ahead of Friday’s launch.

As pictured in the photo leaks from Chinese website HDbog.it, the iPhone 5s has mostly the same packaging as all of its immediate predecessors. That includes the cardboard box, used to give the device its premium unboxing experience. 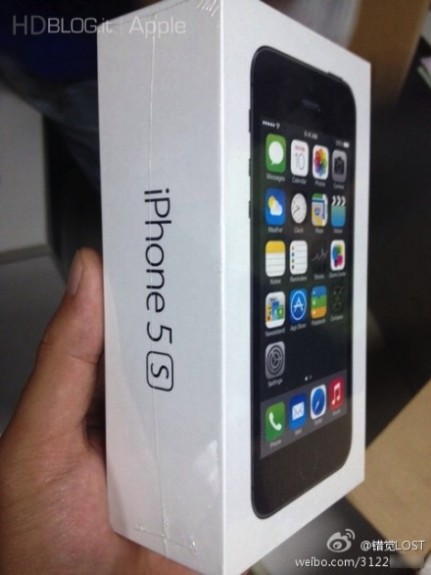 A picture of the iPhone 5s packaging from Chinese social network Weibo.

Photos from DGtle indicate that the iPhone 5s will include the same trinkets that shipped with the iPhone 5. That includes a pair of Apple’s Earpod headphones with mic, a small lightning to USB adapter, a standard-length Lightning cable and the device itself. A video posted to Chinese video site YouKu indicates that these are all the same accessories that ship with the iPhone 5c, Apple’s multicolored plastic iPhone device. 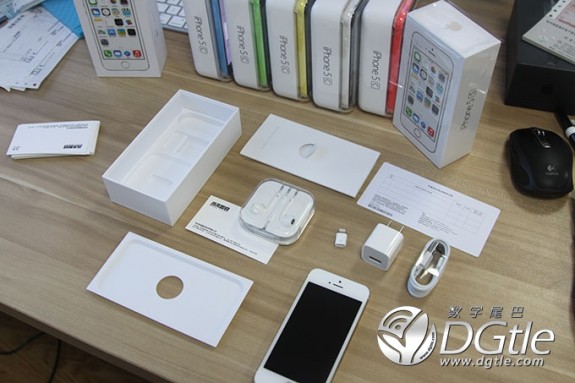 The contents of the iPhone 5s as captured by DGtle

It’s the iPhone 5s that ships with the new Touch ID reader built into its home button, allowing users to unlock their devices and authorize purchases with a single touch of their finger.

Unlike the iPhone 5s, Apple has forgone the jewelry box esthetic of the iPhone packaging in favor of a clear plastic shell that showcases the color of the device inside. This is the same packaging that Apple uses for its iPod line of portable media players and the iPod Touch. By opting to use it for the iPhone 5c, Apple is cementing the status of the device as a lower cost, alternative to the premium iPhone 5s. 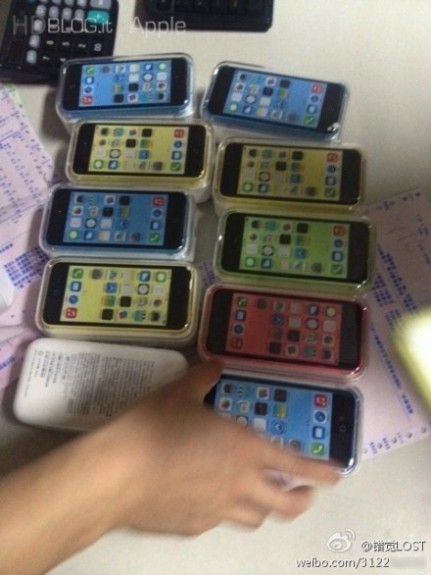 Pictures of the iPhone 5c packaging, also posted to Weibo.

Read: iPhone 5s Officially Launching at 12:01 AM on Friday, 8 AM in Stores

Today’s packaging reveal comes as Apple is finally sharing its plans for the iPhone 5s and iPhone 5c launch this Friday. According to a press release from the company, both devices will go on sale on the Apple Store website at midnight Pacific Time on Friday morning. Apple and many of its partners, including AT&T, will begin selling devices at their brick and mortar stars at 8 a.m. local time.