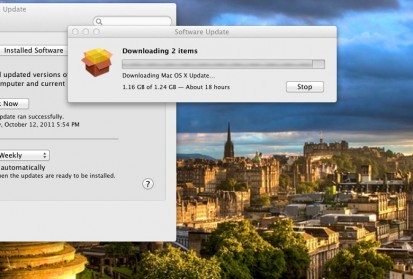 And it just seems to go on and on. It’s more than obvious at this point that Apple and its legion of users anxious to get their hands on updates for just about every piece of software Apple has on the market are experiencing major traffic and bandwidth woes. To say that Apple’s servers can’t handle the crush is, well, an understatement.

Here are some things I’ve seen, experienced and read.

As I said, it just goes on and on.

And here are some reports from the GBM Team

From Josh Smith: I chose to wait after long update times for iOS 4. I have heard from several friends that have lost apps or are still trying to download from Apple. After stopping in at Verizon, staff said several users called in to ask for help after failed attempts. The only solution offered was to wait.

From Adam Mills: Tried six times on my iPhone 3GS. The seventh time it finally worked. However, it has been about an hour since I started and it’s still restoring apps. Very slow, turned my hair gray, really hoping that the OTAs make this a much smoother process.

From KT Bradford: my iPad 2 is relatively new, so there wasn’t much to backup, anyway, and it was pretty close to just being a blank/fresh install. That said, I got errors several times before the update finally took.

After the first 3 error messages, I finally clicked on the button that promised to give details on the problem, which led to an Apple support article online with a list of 5 steps to resolve the issue. I went with the last one: restarting the computer. I was using a MacBook Pro with Snow Leopard.

After the restart, I tried again and got farther into the update before encountering a different, but similar error. Something about not being able to verify the backup. I went ahead and started the process again a fifth time and it completed successfully.

As I said, my iPad 2 is pretty new, so there wasn’t much to back up. Still, the process from clicking Update to the conclusion took over 15 minutes.

From Xavier: Great- my iPhone 4 just got an error (-34). And Even though I synched the iPhone 4 before I started the upgrade, it’s now saying I haven’t synced it since March…would you like to start as a new iPhone or restore from the 3/9/11 backup