Teardown Shows Why the Apple iPhone Charger is $30

Apple’s iPhone charger is expensive at $29, but a recent teardown shows just what all that money buys.

The teardown comes from Ken Shirriff, who wanted to see what’s inside the one-inch cube that charges up the iPhone. The result is a complete breakdown of how the entire charger works. A lot of the electrical explanations are a bit dense for the average person, but some of it is fairly easy to understand. 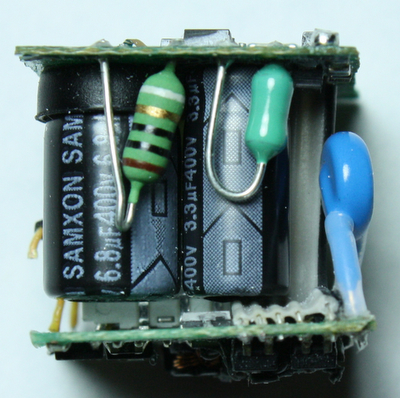 Even with the tightly packed parts Apple built the charger to presumably strict safety measures. A great example of this is the prongs that plug into the wall socket.

In 2008 Apple had to recall iPhone wall chargers because the prongs would come dislodged from the charger and stay in the outlet. The new chargers, signified by a green dot, have sturdier prongs that won’t budge unless users remove a significant amount of plastic. Even after the users removes the plastic the prongs are held with extra pieces of metal, so users would need to cut away almost all the plastic to remove them.