Tech Companies Work Together to Pressure Congress on NSA Snooping

One year ago today news of the NSA leaks from Edward Snowden starting filtering into our conscious as they slowly crescendoed into a story that impacted anyone who picks up a smartphone, a tablet, or any device connected via the Internet. Whether you’re one of the cynical set that thinks Snowden simply revealed the kind of NSA snooping that you believed was happening all along, or you were someone who found the news surprising, the scope of the story’s impact is one that reminds us of the age old moral about loss of innocence: “you can’t come home again.” 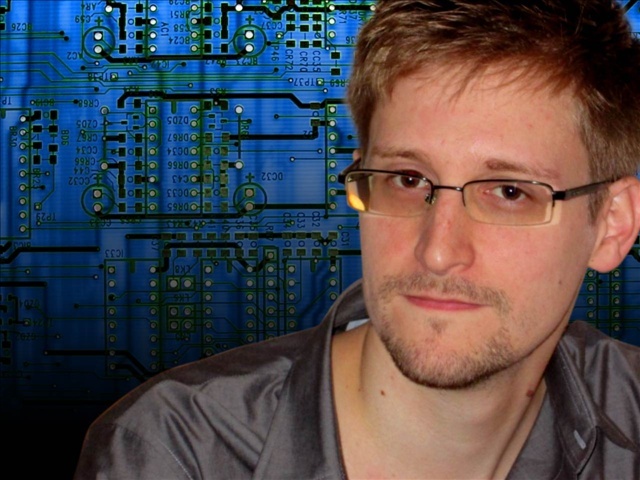 Because of Snowden’s leaks what trust some may have had in the U.S. government and many of the major tech companies that produce the products and services we talk about here on the pages of GottaBeMobile daily has been forever challenged.

Today as a part of the observance of the anniversary, focus is once again returning to the issue of surveillance on a number of levels. Some of the major tech companies we know and love and who compete so aggressively with each other for our attention are working in concert to continue to repair their damaged reputations. CEOs from Apple, Dropbox, Yahoo, Twitter, Microsoft, Google, Facebook and LinkedIn under the umbrella of Reform Government Surveillance have signed a letter to the U.S. Senate requesting that U.S. legislative body stiffen protections in the version of the USA Freedom Act that has already passed the House of Representatives under a cloud of big money lobbying. Immediately below is a key passage of the letter and the entire text follows at the conclusion of this post.

It is in the best interest of the United States to resolve these issues. Confidence in the Internet, both in the U.S. and internationally, has been badly damaged over the last year. It is time for action. As the Senate takes up this important legislation, we urge you to ensure that U.S. surveillance efforts are clearly restricted by law, proportionate to the risks, transparent, and subject to independent oversight.

Yesterday, Microsoft published its own statement in a blog post called Unfinished Business On Government Surveillance Reform. The group letter is certainly a strong statement, but Microsoft’s letter is much more specific when it comes to government hacking of data centers and its request to put a stop to abusing warrants that seek information.

Commit not to hack data centers or cables: We believe our efforts to expand encryption across our services make it much harder for any government to successfully hack data in transit or at rest. Yet more than seven months after the Washington Post first reported that the National Security Agency hacked systems outside the U.S. to access data held by Yahoo! and Google, the Executive Branch remains silent about its views of this practice. Shouldn’t a government that prosecutes foreigners who hack into U.S. companies stop its own employees from hacking into such businesses? Why must we continue to wait for an assurance on this issue?

These tech companies had their reputations tarnished by the NSA leaks that directly implicated some level of cooperation (willing or not) with the government’s spying and data collection activities. And, yes, you could say their public lobbying efforts now are merely a way to try to protect their business interests. That may be so. But these companies, separately and independently, have a way of capturing attention that any consumer or citizen interest group could not.

These tech companies are not just resorting to public lobbying of elected officials to hammer their points home. They are also working on what they do best: technology. Presumably some of those technological ideas could make government snooping more difficult. Just yesterday word that Google is working on better encryption for email and in essence “shaming” providers who don’t offer encryption sparked a considerable amount of news. Comcast immediately followed Google’s announcement with its own statement that it would begin to provide encryption.

Given how much of our legislative process is influenced by big money in the form of political donations, it makes one wonder what it will take to create the same kind of business threatening commercial pressure on elected officials to possibly effect change.

Curiously, in all of the breathless news stories about leaks, political posturing, and efforts to “take back the net,” there is a constituency that was also implicated in the Snowden NSA leaks. That constituency includes the major ISPs like Verizon and AT&T. But then they have been the beneficiary of laws that grant them immunity for complicity with government actions.

The public debate will continue on this issue both in the open and behind closed doors as the difficult job of striking a balance between security, privacy, and commercial interests continues. But parallel to those debates other efforts are also underway from other interests.

Reset the Net is an effort to convince users to take action into their own hands by using tools that make surveillance more difficult. Companies like Silent Circle and Geeksphone are creating commercial products like the Blackphone for those who want extra protection. Other companies will be creating and marketing similar products as well. The irony of that is we might eventually fall into a cat and mouse game similar to the one we’re in with malicious hackers; with the snoopers working to crack each new tool as it is released.

Some may argue that this is an issue that the average consumer can’t do anything about. Perhaps a “what me worry” attitude is the best course of action. Perhaps that’s true. Another way to look at the issue is that individual complacency and apathy allows this kind of spying behavior to become more prevalent if not unchecked. In fact, the bad guys, whether they be government spies, or criminal hackers count on a collective shrug of apathy. In many ways Pandora’s box is already open on these issues and we all know how that myth worked out in the end. But, like with most things in life, your online privacy and data security are ultimately your responsibility. How far you choose to take that responsibility is your choice. Or at least you should have a choice if it isn’t taken away from you.

Dear Members of the Senate:

It’s been a year since the first headlines alleging the extent of government surveillance on the Internet.

We understand that governments have a duty to protect their citizens. But the balance in many countries has tipped too far in favor of the state and away from the rights of the individual. This undermines the freedoms we all cherish, and it must change.

Over the last year many of our companies have taken important steps, including further strengthening the security of our services and taking action to increase transparency. But the government needs to do more.

In the next few weeks, the Senate has the opportunity to demonstrate leadership and pass a version of the USA Freedom Act that would help restore the confidence of Internet users here and around the world, while keeping citizens safe.

Unfortunately, the version that just passed the House of Representatives could permit bulk collection of Internet “metadata” (e.g. who you email and who emails you), something that the Administration and Congress said they intended to end. Moreover, while the House bill permits some transparency, it is critical to our customers that the bill allow companies to provide even greater detail about the number and type of government requests they receive for customer information.

It is in the best interest of the United States to resolve these issues. Confidence in the Internet, both in the U.S. and internationally, has been badly damaged over the last year. It is time for action. As the Senate takes up this important legislation, we urge you to ensure that U.S. surveillance efforts are clearly restricted by law, proportionate to the risks, transparent, and subject to independent oversight.