Teens send tons of text messages, do you?

According to study by Nielsen teens in the U.S. average 3,339 texts a month. That’s a bunch of text messages. Let’s say you have a teen in your house and you don’t get them unlimited texts, you might be shocked to find a bill in the neighborhood of $334.00 in one month. That’s a lot of cheese for texting. I don’t understand why they don’t just talk to their friends, why text?

You can read more about these numbers over at Mobile Burn. There are some really interesting stats. I thought my daughter (17) was texting too much, but apparently she’s not too far off the national average.

I decided to go take a look at my bill. She has slowed down over the last couple months and falls below this average now, but I still think it’s too much. 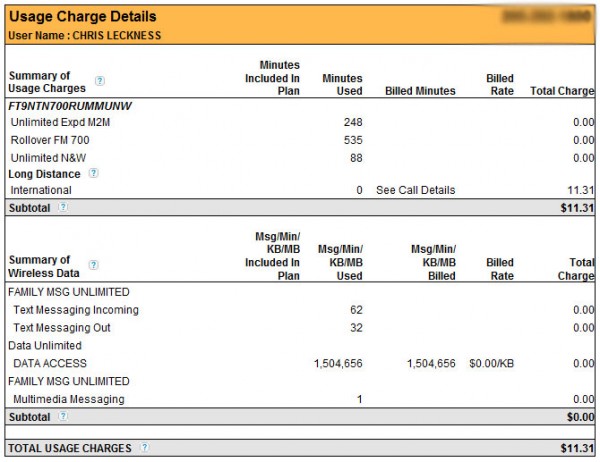 Here is my section. I sent 32 and received 62. That’s not bad huh? Also note the 1.5GB of data used. I think I’ll stick with the grandfathered, unlimited plan for $5 more than the 2GB plan. 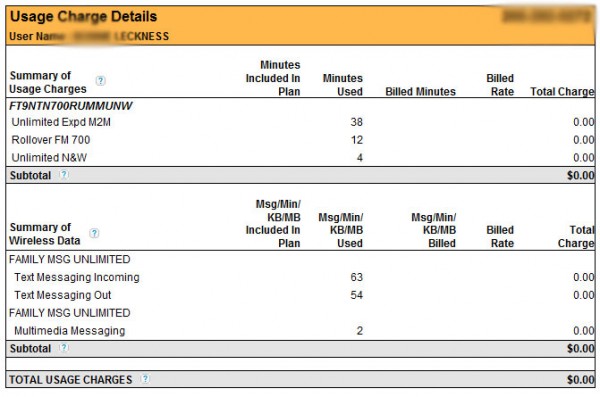 Next up is my wife’s account. She barely uses her phone and she had 54 out and 63 in. These are normal people numbers. 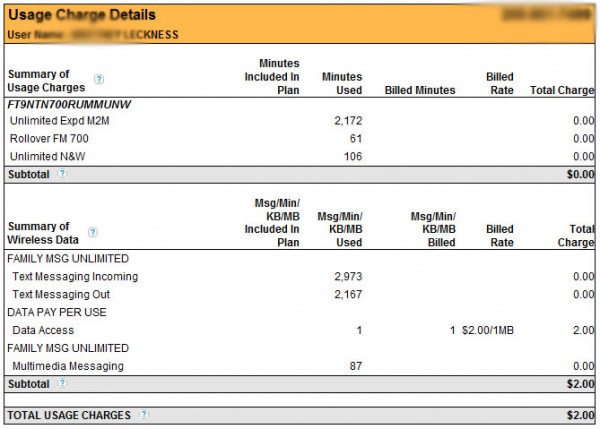 I used to pay $20/mo to AT&T for my daughter to have unlimited texting, but my wife started text some here and there. $10.00 here and there adds up so we hit up the $30/mo family unlimited plan. I get 200 free with my iPhone plan and I don’t think I ever went over 200… EVER.

Do you text a lot? What age group are you? Is it just teens texting like crazy?