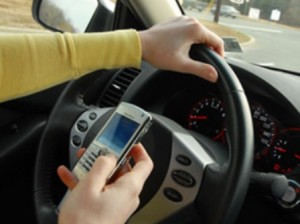 Depending on your perspective this is a either a good thing or a bad thing. But any way you look at it, it is ironic. According to this article in the NY Times, the Telcos are looking at creating a service that will block you receiving or making calls and texts while driving in a vehicle. And of course, they are going to sell it to you as a service.

Coming from the folks who want you to buy their smart phones and use them everywhere, the irony is quite delicious. There’s no question that driving while smart phoning (or feature phoning) can be a problem if drivers don’t do so responsibly. But then we all know that drivers do all sorts of things that can potentially cause accidents. What the article also points out is that the some of the blocking technology can’t distinguish between who is using a phone (or other gadget), the driver or a passenger. And it would be voluntary, allowing you to turn it off in case of an emergency.

We’ve seen major campaigns aimed at curbing texting while driving and some jurisdictions have passed new laws about that and cell phone use. I don’t know about you, but I continue to see folks using their phones in ways that I personally consider potentially dangerous. I’m guessing this service (as a money maker) will be aimed at parents, but the voluntary aspect seems to undercut that impulse.

Anybody got any thoughts about this?