An executive for Telefonica spoke out against Nokia’s new Lumia handsets, which are the debut handset from the Finnish phone-maker to run Microsoft’s Windows Phone operating system, as being too expensive. The carrier executive notes that if Nokia intends on gaining market share, “they need to bring out devices which are cost-competitive.” 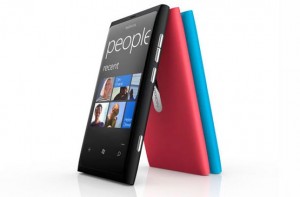 However, the pricing problem isn’t restricted to just Nokia as other phone manufacturers now see the normal pricing for a high-end device to be around €400-plus.

Nokia recently announced at its annual Nokia World conference that its high-end Lumia 800 will retail for €420, or just shy of $600, and the mid-range Nokia Lumia 710 will retail for €270 before any carrier subsidies. The company says that it will target the more modest mid-range and entry-level segment first in the U.S. where it has historically had a difficult time breaking into, but the company still relies on its high-end phones in Europe.

Nokia is also rumored to be working with Microsoft on some entry-level phones thanks to a forthcoming Windows Phone ‘Tango‘ software update. Microsoft had recently relaxed some of its hardware requirements on Windows Phone manufacturers, perhaps in an effort to extend the reach of its devices to price conscious customers who may not need the highest possible feature sets on a smartphone.