TeleNav had just launched an update to its Scout app for iPhone that now delivers free voice-guided turn-by-turn instructions to users. Though not fully optimized for the iPhone 5’s lengthened phone display resolution, Scout works well and provides excellent features, such as spoken street name, voice-guided instructions, and route optimization based on traffic conditions. The service, back when it was branded under TeleNav, used to be available as an a la carte add-on or as a subscription service so it’s nice to see TeleNav opening up Scout to iPhone users who are looking for an alternative to Apple’s criticized Maps app. 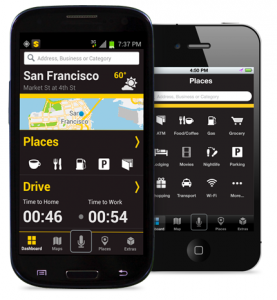 Other bundled features in the free app include:

Though users with Internet connectivity on their phones do not have to worry about downloading copious mapping data and can just go and pull down mapping info as they drive and navigate, Scout also now offers the option for users to pre-download maps in areas where there is spotty or weak cellular coverage, or if users don’t want to run a big data bill. Nokia’s recently announced Here maps for iOS offers the same feature, but Scout goes a step further by offering free voice-guided turn-by-turn driving instructions whereas Nokia only offers voice guidance for walking navigation.

In the past, TeleNav’s service was also bundled with various carrier plans, such as Sprint Navigation. TeleNav also powered AT&T’s and T-Mobile’s navigation engines in the past.

The Scout app provides a nice alternative to Apple Maps, which was criticized for its lack of accuracy. Users can head to the Apple App Store to download Scout for their iPhone.