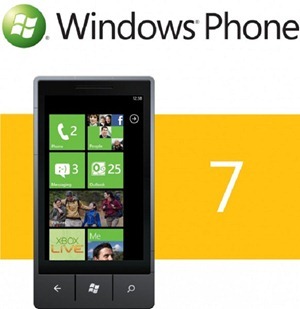 In addition to using your voice to navigate maps, as part of Microsoft’s push into natural user interfaces, TellMe will allow Windows Phone 7 owners to make a call, redial a number, search Bing, activate the speakerphone, launch an app, and other actions.

Using voice command to navigate the maps interface may be a big step for Microsoft to deliver Bing Maps with turn-by-turn voice-guided GPS navigation, a feature that’s been noticeably missing from Windows Phone 7 devices.

The feature would make Windows Phone 7’s voice and map features more competitive with Android where users can search maps with their voice at this time. In addition, Google’s Map with Navigation beta also provides turn-by-turn navigation.

Mapping on Windows Phone 7 is expected to get a whole lot better soon with Nokia on board. Nokia, which had previously released a free locally-stored full feature GPS navigation suite known as Ovi Maps and Nokia Maps, is expected to deliver the same mapping solution to its own branded handsets. Additionally, with Nokia’s Navteq subsidiary, Microsoft will be able to deliver more on the mapping side while saving costs.

Additionally, TellMe will also expand with voice-to-text features that will allow users to speak their messages rather than type with the on-screen keyboard. Given that many states in the U.S. are adopting more stringent no text while driving laws, this could help users communicate and stay safe while behind the wheel of an automobile.

An example of the feature is highlighted on Microsoft’s Windows Team Blog:

WP: [music pauses]You have a text message from Cody Pardi. You can say read it or ignore.
Me:Read it.
WP: “When will you be home?” You can say reply, call or I’m done.
Me:Reply.
WP:Say your message.
Me: “In about 20 minutes.”
WP: [The phone transcribes and repeats the message] You can say send, try again, or I’m done.
Me:Send. [music resumes]