Temple Run, which first arrived on iOS 18 months ago, is now available in the the Windows Phone Store. The game is free for Windows Phone users.

Windows Phone users still have to wait for Temple Run 2. 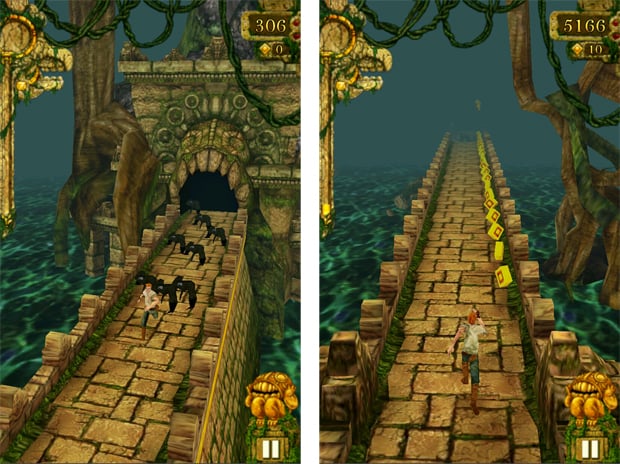 Temple Run 2 will presumably come to Windows Phone eventually, but there’s no mention of the game on the platform. For now Windows Phone users will have to deal with the flatter first iteration of the endless runner.

Microsoft claims it recently made it easier for developers to port their iOS and Android games to Windows Phone 8 thanks to the switch to native code. Developers are slow to move, however. Months after launch, Windows Phone 8 still lacks a number of popular apps from the iPhone and Android.

The platform now has all of the Angry Birds games, but popular recent games like Ridiculous Fishing and Super Stickman Golf 2 may never come to the platform. Or they won’t come until they’re almost irrelevant.

Aside from games big apps like Instagram are still not in the Windows Phone Store. Nokia recently launched a campaign to convince Instagram to come to Windows Phone, but the company hasn’t responded yet. There is a chance Microsoft has an Instagram app ready for Windows Phone, it just needs access to Instagram’s API to upload photos to the service.