By now there has been so much speculation leading in to today’s Apple event that almost nothing could surprise us. Almost. But who knows what shocks the super-secretive company might have in store? Here are ten Apple announcements that would be truly surprising. 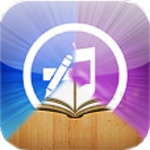 iTunes Store, iBookstore and App Store to be combined into one and renamed Apple Play. Desktop client will still be called iTunes. 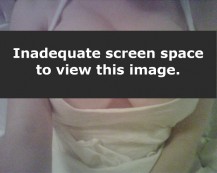 Pre-empting 98.5% of phone hacking attacks, Boobtime automatically detects bare breasts in photos and posts them to the Internet.

Instead of sending your message on a printed card, it will be sent on a laser-engraved iPod touch with custom lockscreen. Prices start at $199.

Answers every question yes, no, or “what are you, a moron?”

4. Each iPad HD ships with a new extended trailer for “The Avengers”

I will buy two.

In keeping with the OS X naming, Apple will drop the “Mac” from all product names. The new unbranded lineup will consist of the Book Air, Book Pro, Pro, Mini, and i.

Because Kid Rock will endorse anyone or anything if he gets royalties.