Finding the perfect iPad stand for a desk, nightstand or kitchen counter is a challenge, but the Ten One Designs Magnus Stand for the iPad 2 and New iPad is as close as I’ve found.

The Magnus is an all aluminum dock with a premium feel and eye-catching style. Ten One Designs hand finishes the aluminum after it is precision machine with magnets inside to keep the iPad in place with almost no visible support system from the front.

The ledge that holds the iPad includes magnets that attract to the iPad’s built-in Smart Cover magnets to securely keep the iPad in place. I found the stand held my iPad 3rd generation in place for the better part of three weeks, with only one slip off the ledge when I tapped too hard. The magnets do a great job of keeping the iPad in place, even when I tap the top of the screen.

The bottom of the stand features four rubber feet that provide enough grip to keep the Magnus iPad Stand from moving. The stand is very sturdy, and holds the iPad stable with no play.

I primarily use the stand in bed in a small bookshelf at the head of the bed where the Magnus holds the iPad at the perfect angle for watching Hulu Plus or a full length movie. It’s better suited for this space than the HoverBar. 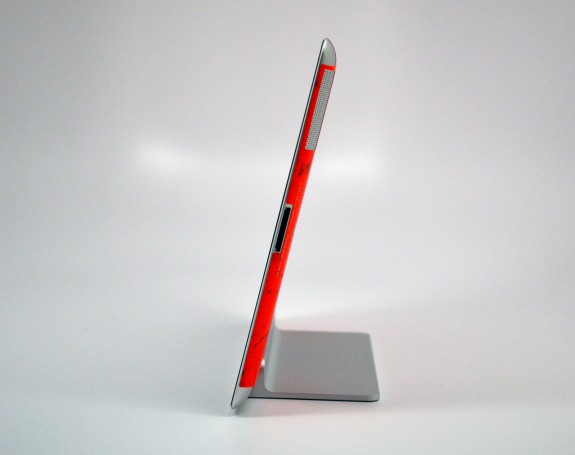 A great angle for watching Hulu Plus or on a desk for FaceTime.

The Magnus also holds its own in the kitchen. I baked several Black Tie Mousse cakes over the past two weeks, and this four-layer monstrosity takes longer to make than an Android Jelly Bean update. The stand kept my iPad away from the ingredients and at an angle where I could see what was next no matter what mess I was making. 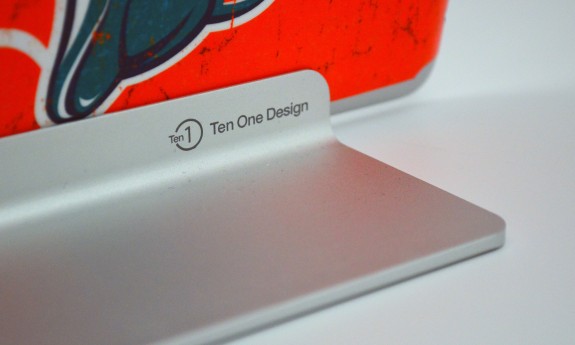 I still use the HoverBar from TwelveSouth as my primary iPad stand in the office, but the Magnus is much more portable, making it a great travel companion for working mobile with the iPad as a second display with Air Display.

The Magnus stand looks great in person and is a great match for the iPad’s style and any other Apple gear on the same desk. The looks of this stand, stand out. It is vastly better than plastic iPad docks and looks better than iPad kickstand cases. 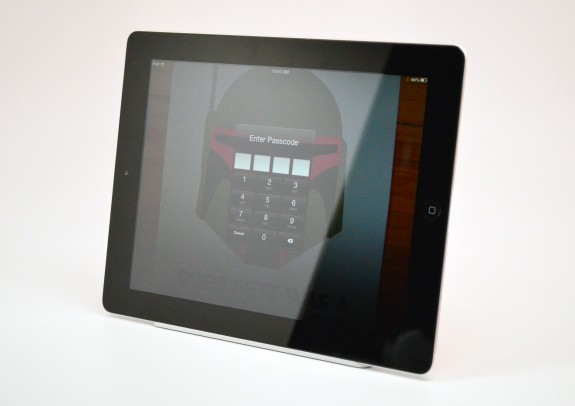 There is no real lip to keep the iPad in place, it’s magnets.

The case works with a bare iPad or an iPad with a protective skin. The stand only supports landscape mode as the iPad does not include magnets near the dock connector.

The Magnus iPad stand is $49.99 direct from Ten One Designs.