Ten One Design, the maker of the original Pogo Sketch stylus (and other nifty styli and accessories) has revamped, remodeled, and repackaged the original Pogo. Under the slogan, “A Classic is Reborn” Ten One Design is hoping that a new look and a few new wrinkles will get customers interested. The price for the new Pogo is $19.95. 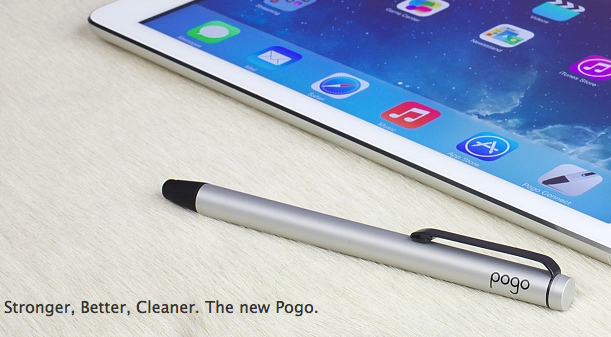 The new wrinkles include a removable clip and also removable and replaceable tips. Apparently some folks don’t like pocket clips on their stylus so they can remove it by taking off the lid. The new Pogo is not a stylus that connects via BlueTooth so it will work with any capacitive screen, not just iPads. Although that’s what you see them mostly advertised with. Ten One Design also sells the Pogo Connect which does connect via BlueTooth.

The new Pogo is just on the market so at the moment it is only available through the Ten One Design website, although I would imagine it will be showing up in retailers very soon. It is the holiday season after all. I’ve ordered one and will report back once it arrives.