When it comes to tethering your jailbroken iPhone to your laptop, there are a couple of great options to consider. TetherMe and MyWi are the most popular choices, but which one should you use?

Most major carriers in the US offer a tethering plan that you can attach to your current wireless plan. This allows you to use your smartphone’s data connection on your laptop if there isn’t WiFi available nearby.

This can be great for those that need to get some work done on the road, but simply can’t do it on an iPhone. Laptops are best for many different things, so the ability to get an internet connection on a laptop where there isn’t WiFi can be a Godsend.

On the iPhone, it’s really easy to enable the hotspot tethering feature, but users need to be aware that it will cost you some extra cash for enabling the hotspot tethering feature. Most carriers charge a monthly fee for using it, as much as $20 per month, which just isn’t feasible for a lot of users, especially when they’re already paying upwards of $100 per month on their data plan already.

However, if you have a jailbroken iPhone, you can use a Cydia tweak that allows you to tether without paying for an extra plan from your carrier. TetherMe and MyWi are the most popular choices, and here are some things you should know as far as which one you should use.

The first thing you should know is that there’s no big reason to use one app over the other. TetherMe and MyWi have their own strengths and weaknesses that make them fairly well-balanced. However, one might have the right features that you’re looking for. 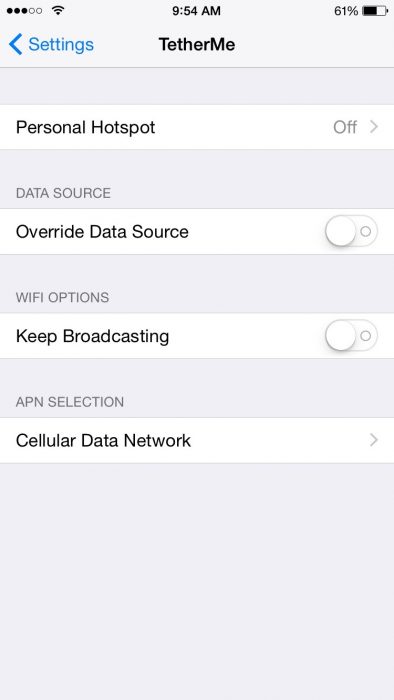 First off, let’s begin with the features, which are the most important aspects of any product that you’re shopping for, whether it’s an app or a smartphone itself.

TetherMe is pretty basic and doesn’t come with a lot of the nifty features that MyWi has. Other than a place to enable and disable the hotspot feature in TetherMe, the tweak has a few other settings that you likely never need to mess with in the first place.

There is one useful feature, and it’s for when you tether over WiFi. Normally in TetherMe, your iPhone must stay in the Personal Hotspot menu. Otherwise, it will shut off if it doesn’t detect any traffic after five minutes or so. To prevent this from happening, you can enable the Keep Broadcasting feature.

MyWi is much more complex and has a wide variety of features, including the ability to change the security of your connection, change the name of your hotspot, and even see how much data you used while tethering. 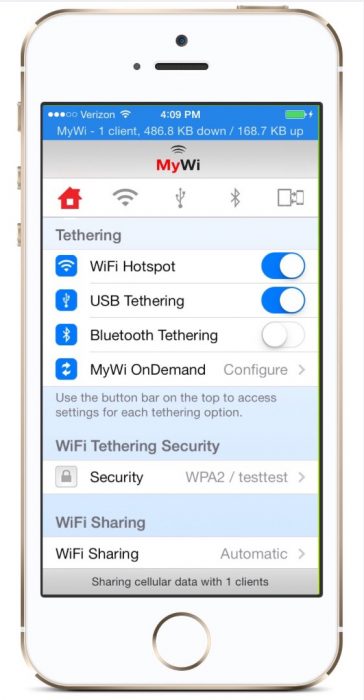 MyWi is absolutely feature-packed, and it makes TetherMe look like a boring option. The question you’ll want to ask yourself, though, is if you’ll actually take advantage of all the features in MyWi, because not only are the features something to consider when deciding between the two apps, but also the price. 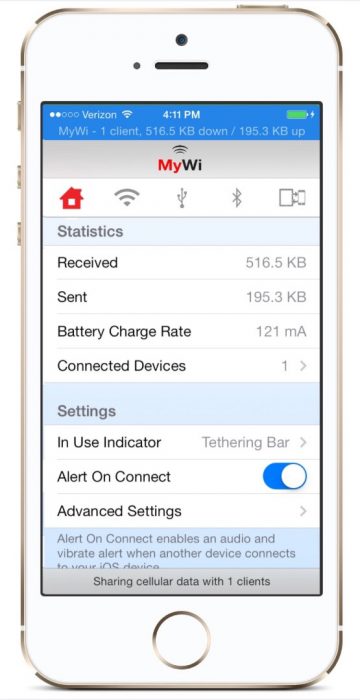 Granted, these prices are way less than what you would spend on a tethering or hotspot plan from your carrier, even just for a month, but you’ll either pay a few dollars or end up forking over a Jackson.

Again, the ultimate question you’ll want to ask yourself is whether or not you’ll actually use all of the features in MyWi. They look mighty tempting, but will you really care about seeing how much data you use while tethering? There are other free options for that.

Furthermore, the customization of the security of the hotspot and the ability to change the hotspot’s name is nifty and all, but it’s not needed. Many users can easily get away with the basic features of TetherMe and save some money while they’re at it.

However, MyWi is still a good option, and the $19.99 price tag is still way less than what you would ever have to fork over to your carrier for a hotspot or tethering plan, so it’s a win-win either way.