In a surprising announcement, the world’s third largest smartphone and tablet chip-maker Texas Instruments has announced it would begin to wind down its presence in the mobile processor space. Instead, Texas Instruments would be focusing its efforts on embedded systems despite a relatively successful run in a competitive mobile CPU space that’s becoming crowded with players like Qualcomm, NVIDIA, Samsung, and Apple. 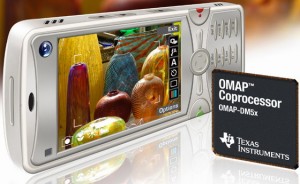 News of the exit comes at an investor meeting and it has been rumored for some time that TI would shift its strategic focus.

Texas Instruments has been working on an OMAP 5 chipset, which is based on ARM Holdings’ architecture, and it’s unclear what the future of OMAP 5 will be.

With one less player in the market, there’s some concern how this may affect supply pricing, which may in the end impact consumer pricing for smartphones sold.