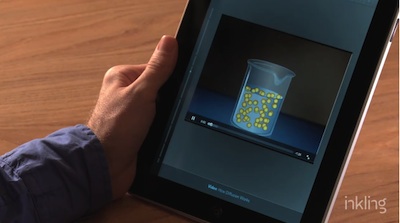 Inkling is one of those companies that is working on bringing textbooks to Tablets, specifically the iPad. Textbooks on tablets just make sense in so many ways that you’d think it was a no brainer. But of course existing business models for publishers get in the way.

Inkling just pulled down some major publisher support for its iPad efforts from two of those big publishing houses, McGraw-Hill and Pearson. This apparently gives Inkling access to 95% of the Prior to garnering that support, Inkling had released 14 textbooks and is hoping to have its library up to 100 by fall.