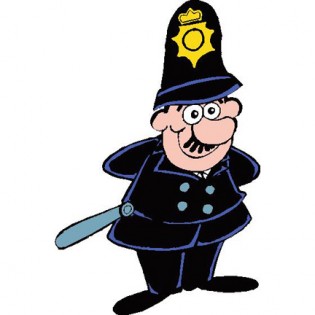 Who knows what the real truth here is, so let’s just call this an entertainment post heading into the Labor Day weekend here in the US.

Earlier this week it was reported by CNet in an exclusive that an Apple employee lost yet another prototype iPhone in a bar. (Really?) Early reports had Apple and the police tracking the phone down to an individual’s house. That individual admitted he was in the bar in question and allowed the folks who came knocking on the door, who apparently identified themselves as the police, to search his house, auto, and scan his computer to see if the missing prototype had been connected to it. Apparently there was no trace of the missing prototype to be found.

Well, now it turns out that the San Francisco Police department has no record of this activity and speculation is heating up that Apple security folks may have impersonated police officers. Again, there’s no definitive info here, but MacRumors is reporting that one of the folks wearing a badge gave the suspect a name (Tony) and phone number to call in case anything turned up. When that number was called, the person answering did identify himself as Anthony, and as an employee of Apple but had no further comment. You can read about that here.

Of course impersonating police officers is itself a crime, so it sounds like we’ll hear more about this story in the days ahead. I’m guessing sooner or later Apple is going to start restricting its employees who are field testing to the company cafeterias.