The Always Innovating Touchbook and the Perils of Beta 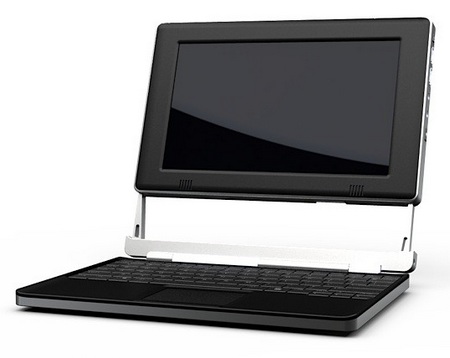 The Always Innovating Touchbook has been a device that has excited quite a few folks and they’ve been eager to get their hands on it. Apparently they are just starting to arrive in users hands and there has been a flurry of activity about the devices. Some have the typical “I’ve got a new toy” feel and some, like SteveNYC, just don’t seem all that happy with the new device.

Let’s get the software out of the way first, as Always Innovating has been upfront about the software being Beta. Personal opinion here, but that’s a risky proposition and while the software may be labeled Beta, it drops the entire device into the Beta bucket for me. But that’s not unusual. Early UMPCs, the first iPhones, MIDs, the T-Mobile G1, and other devices have been released as nothing better than Beta hardware.

But the appeal of this device is that detachable screen. From what I’m reading there’s a problem here with the device being top heavy and not balanced by the keyboard when everything is put back together. I’m just not sure that flies. To be fair, I haven’t seen or touched the device, but it just seems like a poor engineering decision to me. Couple that with the Beta software, and I just don’t think the release strategy is a smart one.

To read more about this here are some links from UMPCPortal, SlashGear, and a user who provides some pictures of an uboxing, including using the magnets to mount the detached screen on the side of a fridge.