It has been said many times before but in the gadget obsessed world we live in, hanging on every rumor or drop of speculation about the next device to be announced, it often bears repeating. The shiny new gadgets have us all agog and we pay attention to the crazy race about who is ahead on units sold (or activated, or shipped, or pick your measurement). That may be fun and where the sexy is, but in the long run the real battle for our consumer dollars have very little to do with the gadgets themselves and more to do with who we are going to buy our content from. I’m not talking about Apps and who has how many. That is an argument that needs to be retired. The real battlefield among the big four (Apple, Google, Microsoft, and Amazon) is over who will capture our vendor loyalty for purchasing things like music, movies, TV shows, books, and yes, Apps, as well as other consumer items down the road. 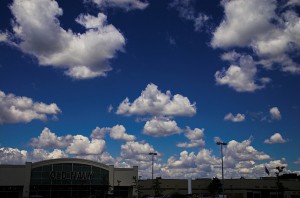 I and many others have seen this coming for quite some time. But it was driven home to me again yesterday, when I got lucky and stumbled on a fresh delivery of the new (and apparently hard to get) Nexus 7 Tablets at the local Staples. I was there on other business, and since it was my birthday, I decided to treat myself and pick up one of the 16GB models (the only model this Staples was selling). I’ll be writing up my thoughts on the Nexus 7 Tablet over the weekend, but in the meantime you can check out what other GBM writers are saying in the links below. Suffice it to say, I’m very pleasantly surprised and pleased with the Nexus 7 Tablet in my early testing. More than I thought I would be.

Seven Reasons to Love the Nexus 7

Google Nexus 7 Tablet Can Replace my iPad for Now

But that’s not the point of this piece. One of these days, probably after I’m no longer sucking oxygen from our atmosphere, which device we will use will no longer matter the way they do today given the turf wars that we are currently living through. We’re getting closer to that each and every year it seems and admittedly there is quite a bit you can do cross-platform using most makers devices these days. But, as we inch forward we’re seeing Apple, Google, Microsoft, and Amazon building giant big boxes in the Cloud that they hope will be where we spend our money to access content, store our digital lives, and get some work done. Each of the big four now offers us Cloud storage for our stuff, music and media players, and book and reading services. Each of them is hoping we’ll use their services and, well… become locked into some sort of loyalty because of that lock in.

Apple and Amazon have me locked in at the moment. But there there are some cracks in that formula. I rarely buy music on iTunes any more. I’ve long been using Amazon’s MP3 store to make music purchases. Now, those purchases automatically go into iTunes, and from there, they also head into Google’s Cloud. I’ve got an Apple iPad and iPhone, an Amazon Kindle Fire, and the Nexus 7 is the third Android Tablet I’ve owned. So regardless of what brand of mobile device I’m using I can access my music across all three of those platforms. Imagine if we ever get to that kind of arrangement with movies and TV. I never got into the Zune game with Microsoft so I have no hook up there. Microsoft has work to do in order to attract me to its offerings once Windows 8 breaks out officially this October. But Microsoft isn’t the only one. Apple has to prove that its iCloud push isn’t just an incrementally better failure than MobileMe was in the very near future.

Amazon has been playing this long game from the get-go. Remember when the iPad was first released? The Kindle App was right there and ready to go, even though many thought Apple would look askance at that, given Cupertino’s push with iBooks. The also-rans like Barnes and Noble quickly followed suit.

For the moment I’m reasonably content with this quasi lock-in. Amazon currently gets the majority of my cash for books, music and Android Apps. Apple and Amazon split the movie and TV dollars I spend for rentals. Apple gets the dollars I spend on iOS Apps. Google will probably pick up a few bucks here and there for Apps now that the Nexus 7 looks to be a something I want to hang on to. But I doubt I’ll be using its Play store for media or books. I store documents for work and play in the respective Clouds of Amazon, Google, Apple, and Microsoft, as well as with a third party alternative, Dropbox. I use Dropbox most often and probably will continue to do so going forward. Although, being able to use Microsoft’s OneNote when Windows 8 rolls out will probably see me using Microsoft’s Skydrive more frequently.

But who knows how that may or may not change down the road. I certainly don’t. And these big Cloud players don’t either. I would describe where we are today as full of potential, brimming with hope, while still being anybody’s guess as to how it will play out in the long term. While these folks compete on the gadget front (and we love to watch that happen), they are really using the next new shiny wave of gadgets to lure us into their ecosystem and hopefully lead us into becoming ongoing customers.

But there are many potential speed bumps in the road ahead. The big four need major media content providers to be happy in order to stock their Cloud shelves with the wares we all want at the times we want them. Third party providers like Netflix and Hulu, while equally at the mercy of the studios, will continue to provide some sort of alternative. Book and periodical publishers have to figure out a model that makes sense for their respective business models. And developers need to be convinced that the platforms can yield a return on their investment.

The passions over device and platform preferences may be easy to ignite and keep burning. But, in many ways that intense fan boy bickering creates a lot of heat and smoke that means nothing in the way that Apple, Google, Microsoft and Amazon are plotting out their and our futures in the mobile world. There is a reason that Google and Amazon are selling their flagship devices at little or no margin.

Realistically, we’ll be looking at different vendors for all of this for quite some time. Personally, I think most of us would prefer to have choice when we do our Cloud shopping just like we do when we are prowling malls and landlocked big boxes. But from the Cloud vendors’ perspectives, they’d love us to spend the majority of our mobile dollars in their big box in the Cloud and not their competitors.