The Best Way to Beat AT&T's Data Throttling is to Have Everyone Consume More Data!

We had previously reported that grandfathered unlimited data plan subscribers of AT&T Mobility have begun to receive notices that they are excessively using their data plans with as little as 2 GB of data consumption within the month, and now we’re beginning to hear multiple sources report that they are receiving notices with as little as 1.5 GB of data usage in a given month. As AT&T have migrated to a more profitable and less network straining tiered data plan just before the carrier launched the iPhone 4 with Apple, it appears that AT&T is doing everything it can to make the data experience unpleasant for unlimited data subscribers to force them to switch to a tiered data plan by throttling excessive data users. 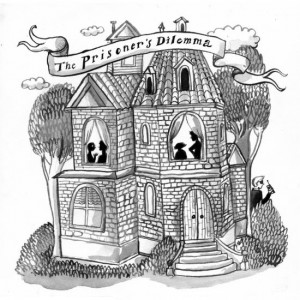 So what is a customer to do if he doesn’t want to be throttled to dialup-like speeds? I advocate that all grandfathered unlimited data plan owners consume more data and beat AT&T’s game of the prisoner’s dilemma. Sounds crazy? Well, it actually makes sense once you understand’s AT&T’s game theory behind trying to force us into better data conserving habits.

At the time that AT&T had made the migration to tiered plan pricing, it justified the move saying most consumers never went above 2 GB per month and justified the 2 GB plan at $25, versus the $30 for the unlimited plan, which is no longer offered today. As data needs grow, in recent months, AT&T began to offer a $30 3 GB data plan, which is exactly what the unlimited data plan had cost when AT&T offered such plans.

However, in the nearly two years since AT&T abandoned unlimited data plan pricing, it appears that consumer’s data use is rising, and the reason for AT&T’s strict enforcement of its policy is to manage bandwidth at the expense of offering a good customer experience. According to the Associated Press, which had reported that user Mike Trang is now fearful to use his phone is: “The reason: AT&T considers Trang to be among the top 5 percent of the heaviest cellular data users in his area. Under a new policy, AT&T has started cutting their data speeds as part of an attempt to manage data usage on its network.”

Under AT&T’s policy, if a user is deemed to be within the top 5% of data users, meaning they are using excessive amounts of data, then they will be throttled. Users won’t be charged for overage and won’t be billed additionally for the amount of data they consume, but their download and upload speeds will be throttled, or slowed down. Rather than the 1-5 Mbps that is common with AT&T’s 3G or 4G HSPA+ connections on the download side, users will be experiencing 2G EDGE speeds, which are comparable to yesteryear’s dialup speeds, as the AP reports: “So last month, AT&T “throttled” Trang’s iPhone, slowing downloads by roughly 99 percent. That means a Web page that would normally take a second to load instead took almost two minutes.”

The catch here, and AT&T’s strategy for throttling, is that it will not disclose how much data consumed will be needed to place customers in the top 5%. It could range, as it seems from customer reports so far, from 1 GB to 2 GB and more. According to ZDNET “As if the throttling wasn’t chicken enough, AT&T refuses to tell the customers how much data they are allowed before getting lousy dial-up speeds imposed. According to AT&T they are throttling the top 5 percent of data users in a given area. That definition is meaningless to the customers affected, as it’s up to AT&T to determine when a given user enters the top 5 percent club. One day you’re not in the top 5, the next you are. I’ve heard from quite a few who have been throttled, and the magic data number seems to be around 2.1 GB of data usage when the dreaded throttling kicks in.”

That’s the brilliance of AT&T’s strategy because it measures user’s habits against their peers, and given that we are so reliant on the Internet–which is only convenient through a mobile broadband connection as an open WiFi signal is not required–that we are driven by fear of being slowed down “by roughly 99 percent” to 2G EDGE speeds. Here, AT&T is leverage the classic game theory known as the prisoner’s dilemma, which according to Wikipedia is:

Two men are arrested, but the police do not possess enough information for a conviction. Following the separation of the two men, the police offer both a similar deal—if one testifies against his partner (defects/betrays), and the other remains silent (cooperates/assists), the betrayer goes free and the cooperator receives the full one-year sentence. If both remain silent, both are sentenced to only one month in jail for a minor charge. If each ‘rats out’ the other, each receives a three-month sentence. Each prisoner must choose either to betray or remain silent; the decision of each is kept quiet. What should they do?

Basically, if all grandfathered unlimited smartphone owners in the area are measured against each other on data usage. If everyone uses just 1 MB of data per month, hypothetically, and you come in at 1.5 GB of data transfers, you’ll be deemed as an excessive data user. Now, if everyone used 2 GB of data per month, and your monthly transfer clock in at 1.5 GB, you are not an excessive data user.

For this to be successful, everyone’s action is required to push the data ceiling upwards so that the top 5% of data use would be raised to a higher number. However, because of our fears of 2G EDGE speeds–that our peers will sabotage us out of self-preservation as demonstrated by the prisoner’s dilemma experiment–there will be hold outs, and that’s how AT&T is able to throttle users. We all have a little Mike Trang in us–mobile users who don’t want to experience dial-up speeds, so unfortunately there won’t be an ‘Occupy AT&T’ movement to up the data usage.

If every user consume just a little more data, consumers would not only have beaten AT&T at its own throttling game, but would push the ceiling for data consumption just a little more so that some the best Internet-reliant apps–such as the streaming videos, instant uploads, and others–that depend on a fast mobile broadband connection can find some value now that we actually have a fast enough mobile 3G and 4G network to support those apps.