While there’s no doubt that Microsoft’s touch-first experience defines Windows 8 the most, the operating system also enables manufacturers to produce a wide range of devices that effectively bridge the gap between the ease of use that tablets provide, and the power and performance that allows users to get their work done.

While devices like Microsoft’s Surface RT attempt to address the usage scenarios of tomorrow, the fact is that tomorrow’s problems are tomorrow’s problems. Today, many users need the wealth of applications that only Windows with an Intel processor can provide. They need the performance that running serious applications like Adobe Creative Cloud require. 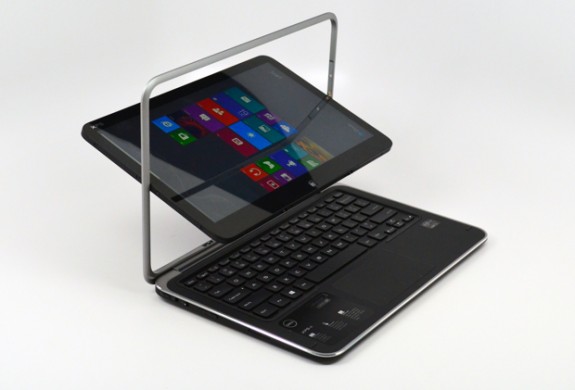 That being said, machines that meet those specifications can’t just rely on their traditional PC innards to get them noticed by users.

The latest sales numbers for Windows machines indicate that while Windows device shipments are falling, companies can avoid becoming a statistic by simply embracing the latest form factors, Lenovo posted steady sales of its machines –a feat that would be nearly impossible if the entire category was in decline. It simply can’t be a coincidence that Lenovo is one of the few Windows OEMs to fully embrace all the new form factors that the Windows ecosystem now provides.

Regardless of the manufacturer, we’ve collected the best and most exciting convertible machines running Windows, none of which use ARM architectures, and all of which feature good, old-fashioned performance. They all run Windows 8 and as such, will allow users to make the most of the desktop applications they still need to get the job done.

Each one also offers the ability to interact with Windows 8 using touch, which is really the most important hardware feature those buying a new computer should be looking for.