Apple is rumored to announce the iPhone 5S and a cheaper iPhone later this year, possibly as soon as June, but the biggest proof that Apple is planning a cheaper iPhone is in your pocket, or at least it was before you upgraded to your new iPhone.

Apple already offers a cheaper iPhone, but it’s one the company doesn’t get a cut of, and if there’s one thing Apple hates, it’s missing a cut of the action.

According to a new look at the resale market for old iPhones, your two-year-old iPhone is living a second life as a cheap iPhone in Vietnam and other countries where Apple is likely to sell the rumored cheap iPhone. 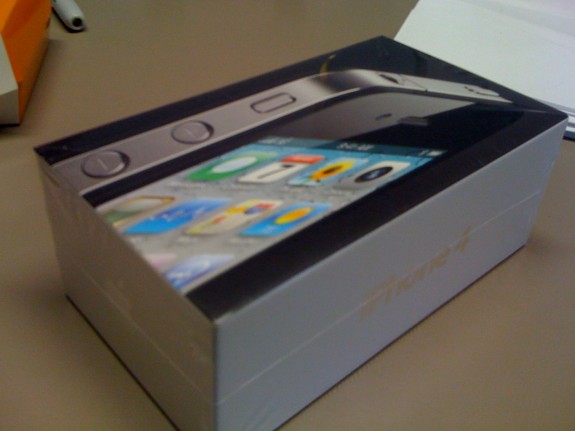 Demand for old iPhones like the iPhone 4 is proof of demand for the cheaper iPhone.

In a recent interview with Business Insider, CEO of Gazelle Isreal Ganot shared details about what happens after you sell your old iPhone to a company like Gazelle. In the example, Gazelle buys your old iPhone for around $200 and then sells it to a wholesaler who  ships around 50% of the old iPhones back to Shenzen, where the iPhone is made. From here the two-year-old iPhone makes its way to Vietnam and other countries where there is demand for a cheaper iPhone.

Ganot claims, Apple loves Gazelle for getting users in these markets hooked on iPhone apps and the ecosystem, but just like in the App Store, Apple likely wants a cut of this sale. At the very least, Gazelle’s supply of used cheap iPhones to Asia is proof of pent up demand for a cheap iPhone in countries where users want the a real iPhone rather than an iPhone 5 knockoff.

The easiest way to do this is to release a cheaper iPhone. Rumors suggest Apple will sell a cheaper iPhone for $250 to $350 without a contract. This is close to the cost of the Nexus 4, an Android device which proved vastly more popular than Google and LG estimated. It’s likely that Apple will focus the cheaper iPhone on markets like China rather than inside the U.S.

If Apple wants a cut of these sales, the iPhone’s gross margin is high enough, dramatically higher than the rest of Apple’s lineup, that the company can make a cheap iPhone without going broke.

Also wrapped up in the iPhone rumors is talk of an iPhone 6 with a 5-inch display, which come claim will also launch in 2013.